One such strange thing is a birth defect. Yes, birth in itself is a beautiful phenomenon. However, sometimes nature becomes cruel and shows us its strangest forms ever by way of most serious birth abnormalities.

Though we truly felt extremely sad in coming up with this compilation of 10 Most Strangest Birth Defects but at the same time hope that advances in medical science can certainly help the coming human generations in eradicating these dreadful and strangest birth defects.

Let’s have a look:

Siamese Twins is one of the strangest birth defect or disorder. Medically, Siamese Twins are in fact identical twins whose bodies are joined in utero. However, it is a rare phenomenon and known to be somewhat more prevalent in regions of South West Asia and Africa. Their overall survival rate is quite low and is rough ranges around 25%. It has been found that the condition of Siamese Twins is higher in the case of females with a ratio of 3:1. Siamese Twins can show up as a single organism with two heads, two hearts, four arms, and legs. This is really very bizarre. 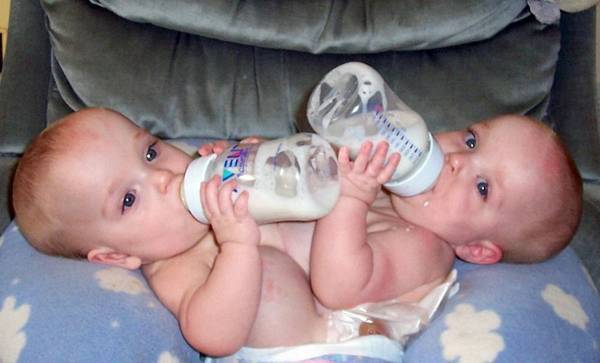 The Ambras Syndrome birth defect causes an abnormal amount of hair growth over the face and body. Fortunately enough, this happens to be a rare disease. In fact, at present, there are only 40 humans in the world who suffer from this disease. However, the disease becomes extremely embarrassing and debilitating for the patients of Ambras Syndrome as they are mostly rejected by their peers. Their body gets covered with silky, lightly colored hair that can be several centimeters in length. They are mostly prominent on face, shoulders and ears. 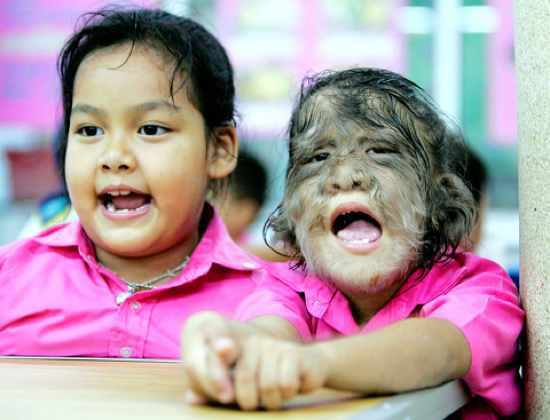 As you may make out by the name of this disorder, in Fused Limbs birth defect the two limbs are joined together. The frequency of his birth disorder is not quite so low and it has been found out that one in every 70,000 babies suffers from this disorder. It can occur with toes or fingers. A recent case of Fuse Limbs was reported in Peru in which a young girl was born who had her legs completed fused, giving her the appearance of a mermaid. 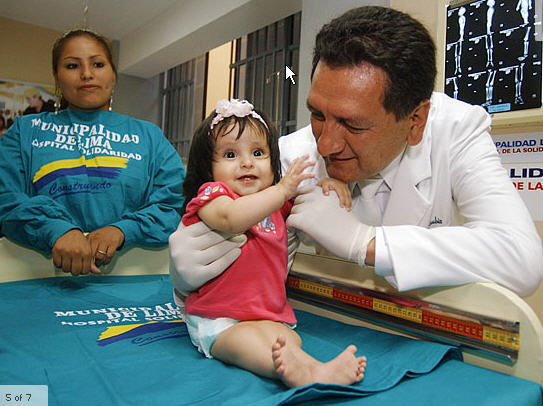 This strange birth defect derives its name from a famous creature which is known by the name of Cyclops. The Cyclopia disorder finds a mention in the list of congenital disorders. Most of the times, this birth defect comes with the symptoms of disappearance or a strange appearance of the face, limbs or other parts of the body. The basic cause of this birth disorder is attributed to genetic inheritance. In most Cyclopia cases it has been found that people who have taken some type of cancer treatment drugs are likely to bear children with these disorders. However, fortunately, the chances are quite low. 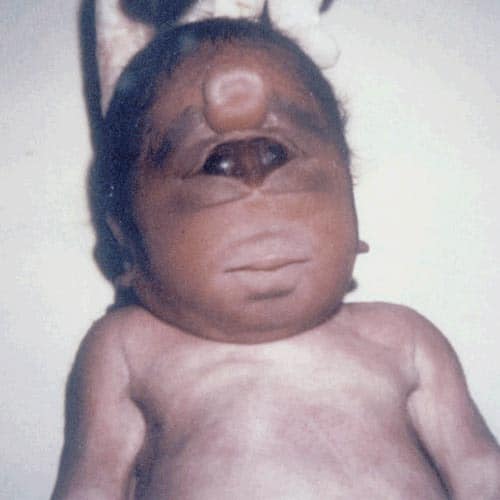 Craniopagus Parasiticus is one of the strangest forms of a birth defect which is marked by a condition in which a child is born with an extra parasitic head. According to reliable sources, till now there have been only ten such cases in documented history and only three surviving birth. It has to be noted here that in such cases the extra head used to smile, cry, suckle, and blink. Fortunately, the likelihood of occurrence of this birth defect is only 4 to 6 in every 10 million births that take place. 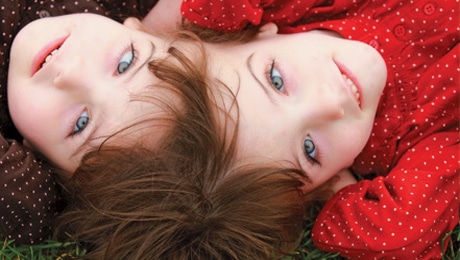 Fetus in Fetu is specifically a developmental disorder. It is marked as a tissue or mass inside the body which begins to show mostly as a fetus. More commonly it can be understood as a birth defect when a child is born having a twin inside him showing up as a pregnant condition. Both twins develop from one egg, however in the pregnancy stage; one gets absorbed by the other and can begin to live as a parasite. However, in this birth disorder surgery can mostly remove the undeveloped twin from the stronger one with no bad effects. 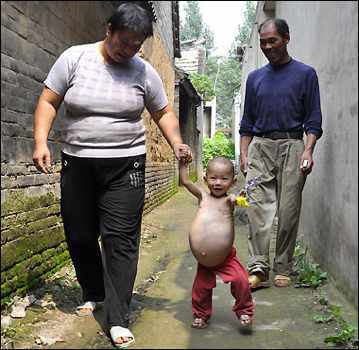 Thankfully enough this dreadful birth disorder has now become one of the rarest syndromes. It is basically a condition which is characterized by the presence of some large amount of bones in regions of injury. Actually, children who suffer from this defect develop a bone where they are hit by an injury. Moreover, it is sad to note that surgery is not useful to eliminate the bones as it leads to the emergence of new bone in that region. 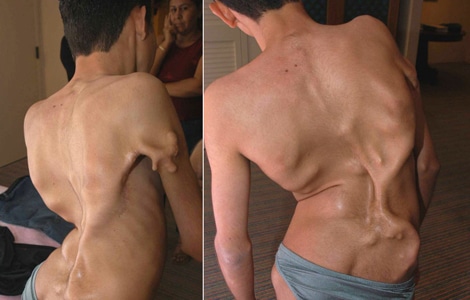 Progeria is one of the top most bizarre birth defects. However, fortunately, it is quite rare these days. It occurs one in eight million births. It is a condition which causes a child to look much older than his age. In Progeria children lose their hair, go on to developing wrinkles and facial looks as if they are very old. It causes intense arterial damage by the time they attain adolescence which leads to their death. 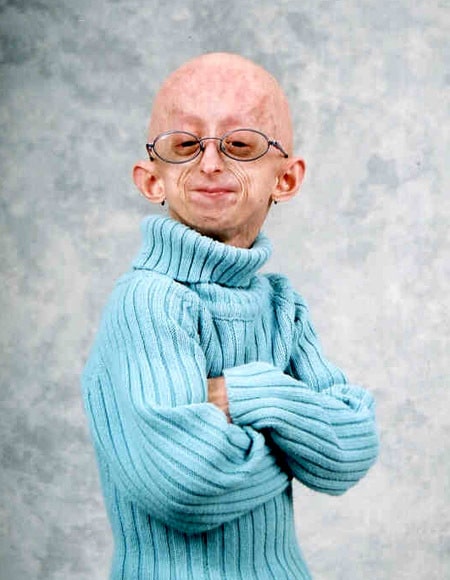 Vestigial Tail is a birth defect that causes a child to be born with a semi-functional tail. This semi-functional tail has muscles, nerves, skin and comes filled with blood vessels. It is caused by a mutation of the genes that are found in infants and are instrumental in the cellular death of body parts that are not required. 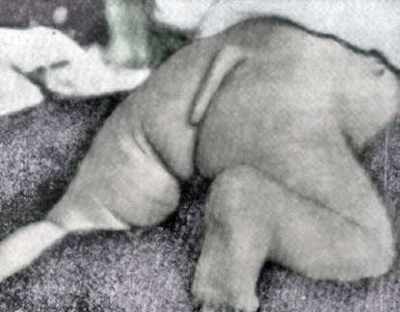 Anencephaly condition is marked by the absence of a brain and spinal cord. The cruelest part of this strange birth defect is that it has no cure and most babies suffering from Anencephaly die during childbirth. A baby born with this disorder is usually blind, deaf, unconscious, and does not feel any pain. Although some babies may be born with a main brain stem, they usually do not have a functioning cerebrum which rules out any chances of ever gaining consciousness. Only reflex actions like breathing and responses to sound or touch can be traced. 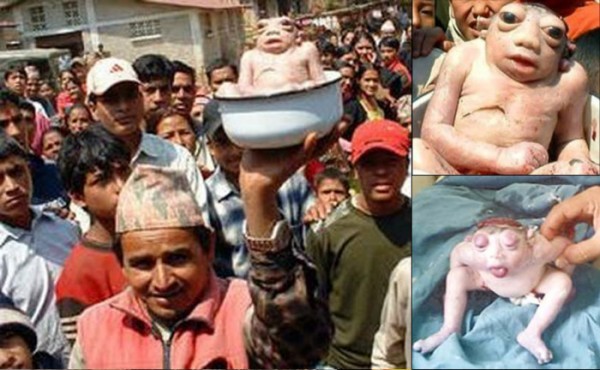