Bridges are one of the most striking creations of man. They have been an essential part of human civilization. Moreover, there has been a long association of Bridges and Humans. As humans have advanced so too the bridges.

Today’s bridges are designing marvels. However, the old bridges too have their own attraction, beauty and history attached with them. People love to photograph them and they form a perfect backdrop for your portrait.

Here, I have listed down Top 10 Most Amazing Bridges in the World. They are a tourist’s delight for sure. Some have amazing designs; others are simply awesome and beautiful and have a rich history attached with them. They not only connect one piece of land with other but also go onto fill our hearts with great joy and excitement. Tourists never miss to have a glimpse of these amazing bridges in the world.

So, have a look at these Top 10 Most Amazing Bridges in the World and see the marvels of human design and technology unfold in its most amazing form called Bridges.

10 Wonderful Bridges in the World

The Golden Gate Bridge of San Francisco has been rated as one of the most beautiful bridge in the world. This iconic bridge was built in 1937 and was the longest suspension bridge in the world until 1964. It is truly one of the Wonders of the Modern World. There is an interesting story connected to its construction.

At the time when it was being built, San Francisco’s growth was below average. Many experts were of the opinion that the bridge couldn’t be built due to extreme winds and smothering fogs. However, it finally got completed and facilitated commute to the other side of the bay and thus played a major role in the economic growth of San Francisco. 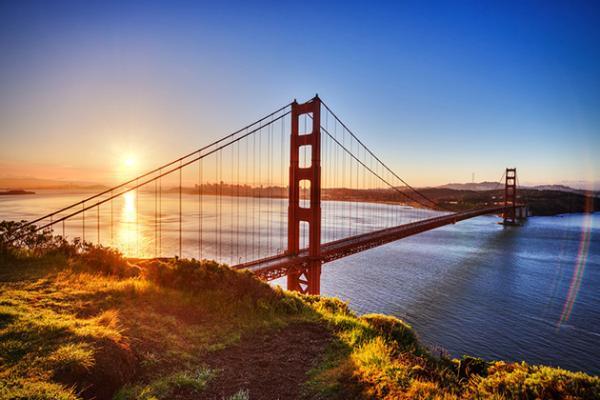 The list of bridges will be incomplete without mentioning at least one aqueduct constructed by the Roman Empire. Pont Du Gard of France is the highest of all Roman aqueduct bridges. This awesome and breathtaking bridge is believed to have been built between 19 BC and 150 AD. It crosses the Gardon River in Vers-Pont-du-Gard, Southern France. It is a World Heritage Site and one of the most popular tourist attractions of France. 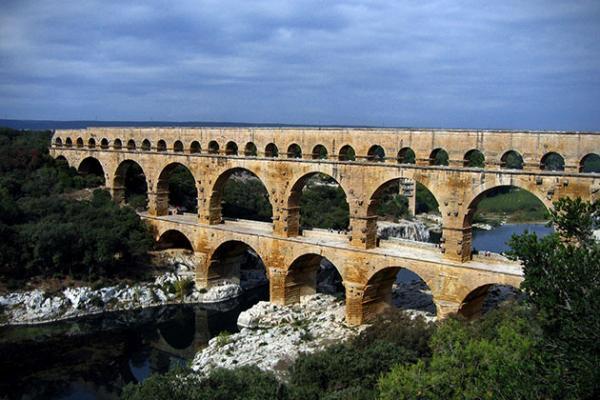 This iconic symbol of London is a combination of bascule and suspension bridge which crosses the Thames River. It takes its name from the Tower of London and is one of the most photographed bridges of the world. The Bridge was inaugurated by The Prince of Wales on 30 June 1894.

This beautiful and awesome bridge is a focal point of Aussie pride and celebrations. The Sydney Harbour Bridge was opened in 1932 and since then it has continued to be a cherished destination for tourists from all around the world. It has been nicknamed as “The Coat Hanger” by Sydney locals due to its arch-based design. Every Year on New Year’s Eve, the Bridge holds a spectacular show of fireworks display creating various effects like smiley faces and a disco ball.

The Brooklyn Bridge is regarded as one of the oldest suspension bridge of United States. It was completed in 1883 and its main span of 1,595.5 feet had made it the longest suspension bridge in the world from its opening until 1903. It is one of the major tourist attractions of New York. This beautiful bridge is a tourist delight and they love to take pictures of this awesome bridge with the skyline of Manhattan. 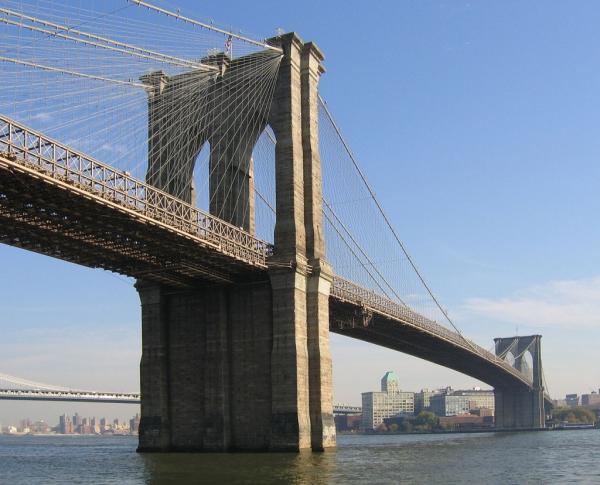 The Millau Viaduct Bridge has the status of being the tallest bridge in the world with a structure height of 343 meters. It was inaugurated in 2004 and is a cable-stayed 4 lanes bridge that spans the valley of the River Tarn near Millau in southern France. It has 7 piers of different heights. Its second pier is the tallest with a height of 244.96 meters, taller than the Eiffel Tower! 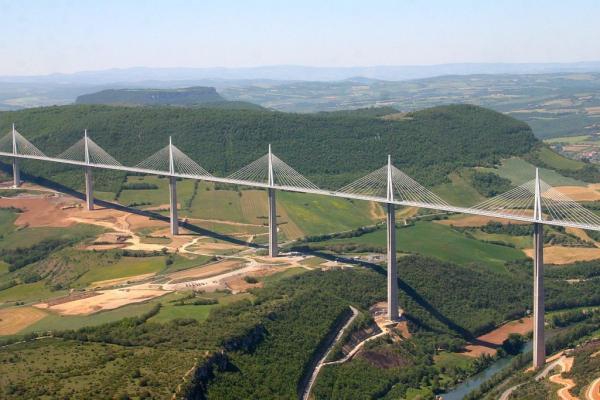 The Akashi Kaikyo Bridge of Japan is one of the longest suspension bridges of the world. It is also the 4th tallest bridge in the world. It was opened in 1998 and links the city of Kobe on the mainland of Honshu to Iwaya on Awaji Island. Its long main span is 1,991 meters in length. 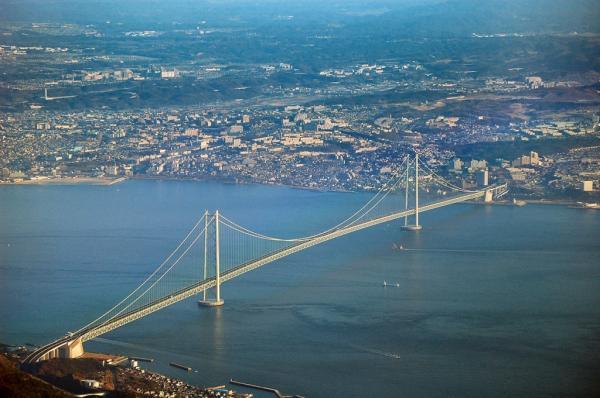 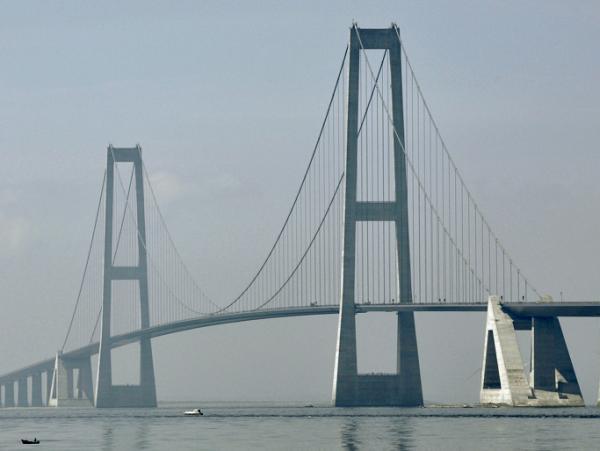 The Tsing Ma Bridge of Hong Kong is the largest suspension bridge in the world. It features two decks and carries both rail and road traffic. It costed a whopping US$920 million to build this Bridge which was opened in 1997. It has no walkways on the bridge and features sheltered carriageways on the lower deck. 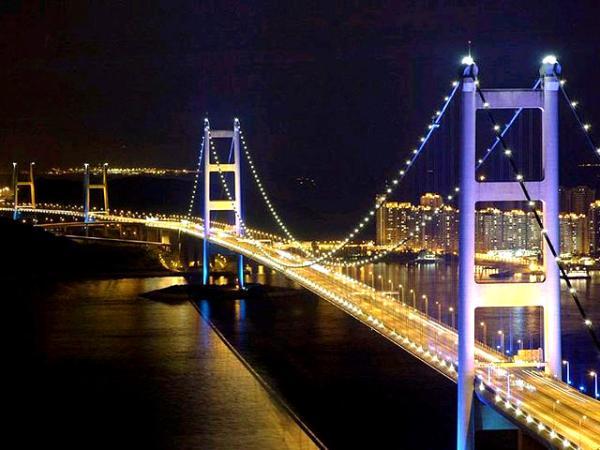 The Rialto Bridge of Venice is the oldest of the four bridges that spans the Grand Canal in Venice. The Bridge was completed in 1591. It is regarded as one of the major icons of Venice and is a prime tourist destination. It is always packed with excited tourists. 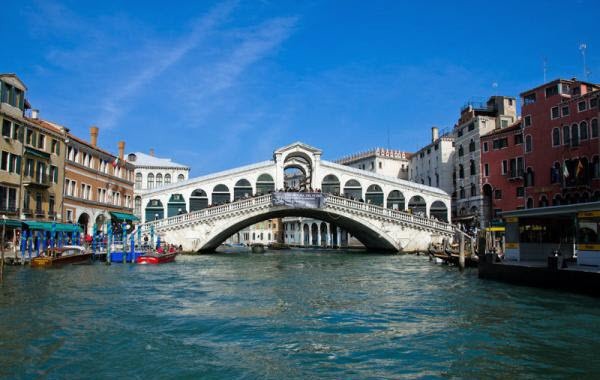 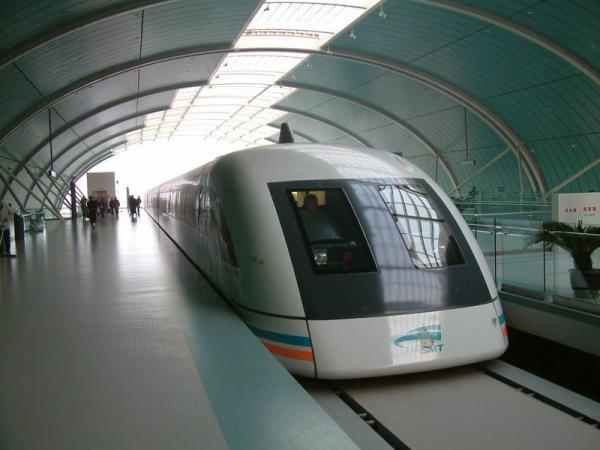