Spiders are one of the creepiest creatures on Earth. There are over 40000 species of spiders, and some of them are really dangerous. Here, we go onto list 10 World’s Most Creepy and Dangerous Spiders that will certainly fill your heart with awe, wonder, and fear.

As a matter of fact, the fear of spiders (Arachnophobia) grips as much as 5% of the human population and so it can be said that these eight-legged critters have reserved a special place in the human psyche.

Spiders are found all over the world. They usually feed by puncturing the skin of their preys, turn the insides into liquid and then suck it up. The only good thing being that only a tiny fraction of spiders poses any substantial danger to humans.

The majority of them are too small and are not even able to puncture the skin. Those that can bite cause injuries that are not worse than a mosquito bite.

Most Creepy Animals on Earth

However, there are spiders that can cause severe injuries. A spider bite can even result in death. That’s where these creatures are really dangerous and fearsome. Here, we look at the most dangerous spiders whose bites are capable of causing even human death. It is estimated that these deadliest spiders were responsible for several deaths during the 20th Century.

So, now let us see these World’s Most Creepy and Dangerous Spiders.

Hobo Spiders are found in most parts of Europe as well as in North America. They are capable of inflicting severe bites which can cause necrosis. Its bites result in open wounds which take several weeks to heal. They are usually referred as “aggressive house spiders” and are really aggressive in their approach which considerably increases the chances of occurrence of an actual bite. 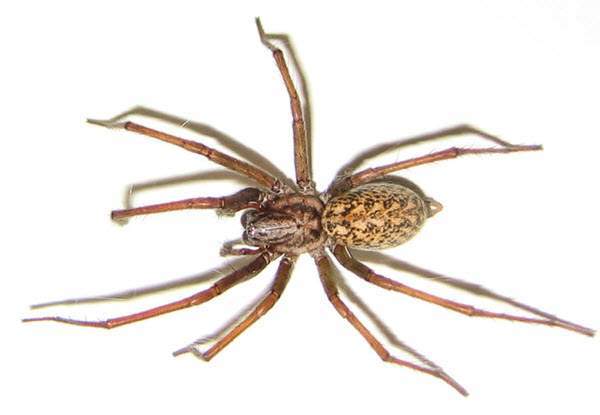 Camel Spiders are also known as wind scorpions and sun spiders. Their locale span deserts from all across the world. They are big and look really fearful. They can reach up to 15cm in length with powerful jaws making them one of the most scariest and dangerous spiders in the world. The Egyptian giant solpugid is the biggest of them all. Camel Spiders are capable of inflicting painful bites; however, their bites are not venomous. They run at the lightning fast speed of about 16kmph. They are in fact a type of arachnid known as solifuges. 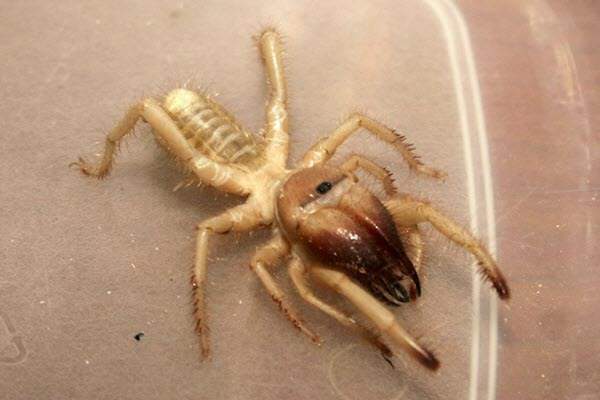 The Sis-Eyed Sand Spider is mostly found in South Africa. Its body size measures 1.5 cm and is up to 2cm including legs. Its venom is highly powerful which can kill a rabbit in just a few hours. However, it rarely bites humans. Its venom causes leakage in blood vessels, tissues to break down, and eventually organ failure. This spider has an excellent ability to camouflage. It usually buries itself in the sand and even above ground, it looks similar to sand. Its exoskeleton has hair like structures which traps sand. It is usually coated with sand at all times. 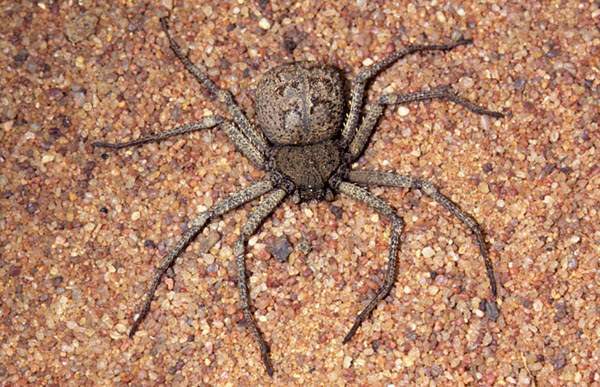 The Redback or Black Widow Spider is regarded as one of the most iconic spiders on Earth. It is mostly found in Australia. It is characterized by round black abdomen with striking red markings. It belongs to the Latrodectus family. They are usually smaller in size, but their venom is immensely potent. Its bite can prove fatal.

The lethal toxin gives burning pain and swelling. Other symptoms include abdominal cramps, nausea, and a systemic condition known as latrodectism. These conditions occur in almost half of the bites which often prove fatal to young and old ones, as well. However, anti-venom is now available. 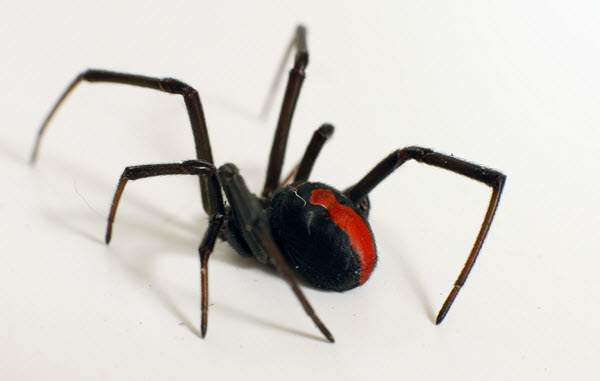 Mouse Spider is basically an Australian spider. There are almost 12 species of mouse spider that are found in Australia. It has a soft furry abdomen, huge fangs, and is armed with deadly venom. It looks dangerous and is regarded amongst the most dangerous spiders on Earth. However, it is not much aggressive and usually gives dry bites without venom. 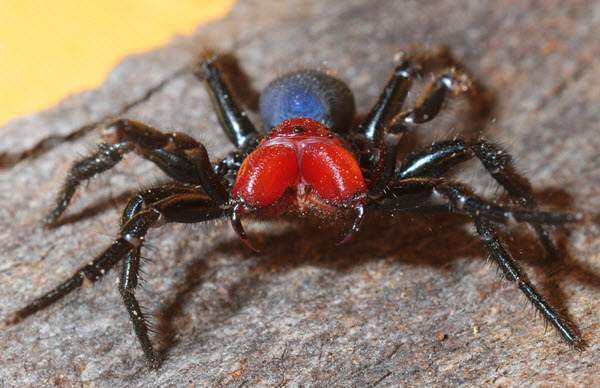 Yellow Sac Spiders are quite nasty as they are capable of delivering severe bites. They are small and have an innocuous appearance; they are the ones which definitely need to be avoided. They are usually pale yellow or green in color and have a length ranging from 5mm to 10mm.

They are mostly found in Australia and Canada. The venom of the yellow sac spider has cytotoxin which causes necrosis. Its bite gives an initial stinging pain which results in redness and then develops in a blister or sore. Some experts are of the opinion that these spiders inflict more bites than any other species. 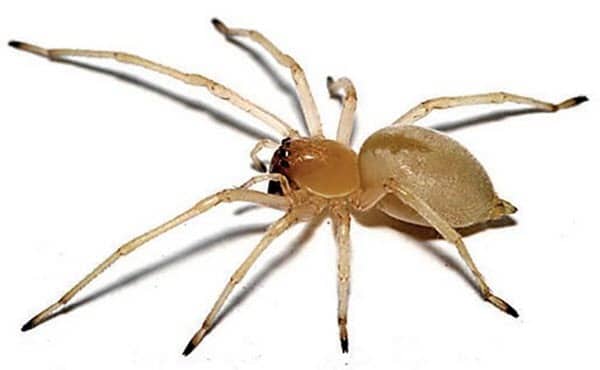 The brown recluse spiders are found in warm climatic areas around the world. These spiders belong to the Loxosceles family and possess tissue destroying venom. They are six-eyed spiders and are often known as violin spiders, fiddle-backs, or even reapers. The venom of these spiders results in a condition known as Loxoscelism.

The area around the bite begins to die, and a deep open sore is formed. Their bites often take months to heal and sometimes skin grafts need to be performed. However, on a positive note, the brown recluse is a shy spider and also not aggressive. Their small fangs are less likely to deliver a significant dose of venom. 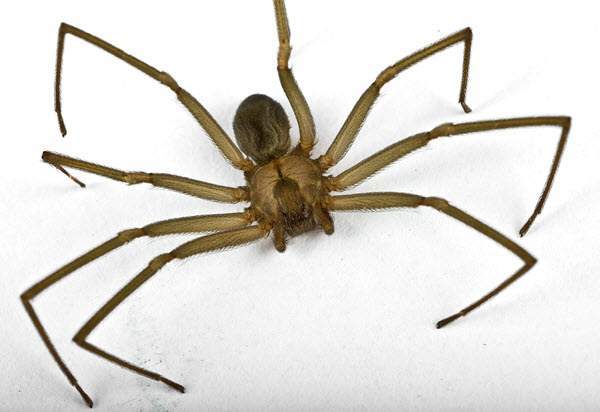 Brown Widow spiders are mostly found in the Southern United States. Females are of 0.5 inches and males are of 0.2 inches in length. Its venom is twice as potent as it’s, the black widow. However, the brown widow spider does not inject as much venom when it bites. It is mostly regarded as a timid spider and usually stays back in secluded and protected areas. Its preferred locales include outdoor garbage cans, in mailboxes, under eaves, cluttered garages, under outdoor chairs, and other similar places. 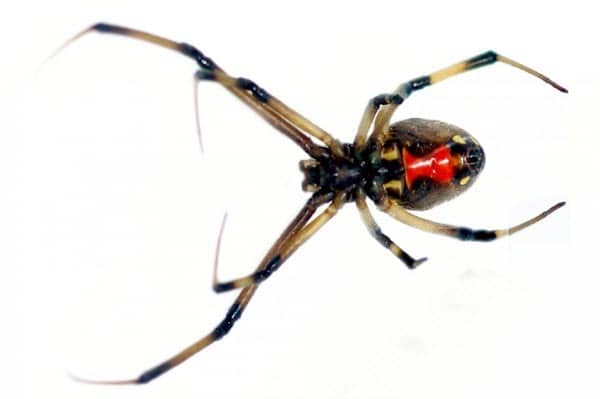 Sydney funnel web is a highly aggressive spider amongst the spider world. It charges with full force and delivers a volley of bites while clinging to its victim. Its fangs are very much impressive and much powerful. Above all, its venom is also highly potent.

They are said to bite through shoe leather and even fingernails. Its bite is so powerful that it results in death in as little as 15 minutes after the bite has been delivered. That said, the male Sydney funnel-web spider has six times more potent venom than its female counterpart. However, the good news is that now anti-venom is available to counter the effects of its bites. 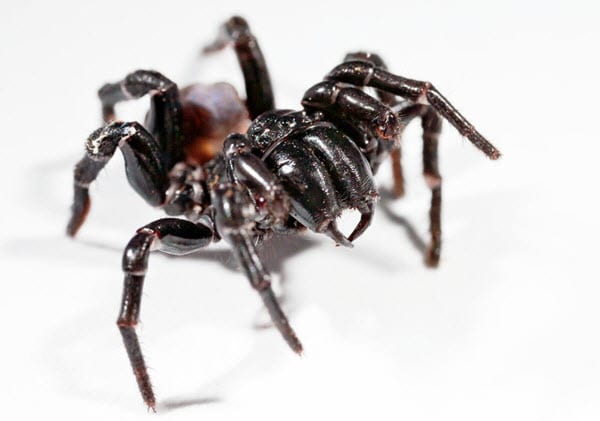 The Brazilian Wandering Spider is officially the world’s most venomous and dangerous spider. Its neurotoxic venom is the most deadly of the spider world. Its venom is equivalent to that of many deadly snakes. So, its bites are fatal. Its bites are characterized by intense pain, respiratory paralysis, and eventually asphyxiation.

They are aggressive spiders, and as their name signifies, they do not confine themselves to secluded places, either. They turn up in all sorts of hiding places such as boots, log piles, piles of clothes, cars, and even bunches of bananas. Their bites have resulted in a number of deaths over the years. However, fortunately, now anti-venom is available which has significantly reduced the number of fatalities. 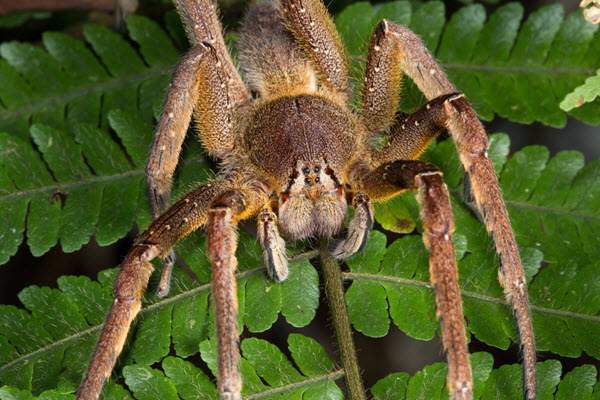 So, this was the list of most dangerous spiders from all across the world. Spiders are really creepy and irritating creatures and as the above list shows they can also be dangerous, as well. We hope that you found the post quite informative and interesting too.

10 Largest Dog Breeds in the World