A natural disaster can be described as a sudden event that results in a far-reaching destruction, loss of life, or much collateral damage, that are caused by forces in which no act of human beings is involved.

It is termed as a “disaster” as it has a profound environmental effect together with the loss of human life as well as incurs in the huge financial loss.

The world’s deadliest natural disasters have caused loss of many lives and have brought about millions in property damage.

They have devastated humanity time and again. Every time they occur, humanity faces huge losses both in terms of loss of human life as well as financial loss.

In almost every century, humanity has faced violent natural disasters.

Some natural disasters have struck long ago, and scientists have not been able to estimate the death count.

However, overall, deadliest natural disasters have resulted in the loss of millions of lives.

For example, the Mediterranean island of Stroggli was completed wiped out by the horrific volcanic eruption and ensuing tsunami around 1500 BC in which the entire Minoan civilization was completely eradicated.

The world has witnessed many worst natural disasters over time, and there has been a huge scale of damage due to them.

The earthquakes, tycoons, volcanic eruptions, tsunamis, hurricanes, are all horrific in their own right.

Every one of us hopes and prays that they never ever face any type of natural disaster in their life.

Here, we list out 10 World’s Worst Natural Disasters that are all terrifying and devastating.

No word can describe the extent of the loss, grief, pain, and damage caused by these deadliest natural disasters.

10 Worst Natural Disasters of the World

Typhoon Nina which is known as the Typhoon Bebeng in the Philippines is regarded as the fourth deadliest tropical cyclone on record.

There was a widespread damage caused due to the collapse of the dam by heavy floods.

A string of smaller dams also collapsed which added more damage by the typhoon.

A series of earthquakes rocked Aleppo from October 1138 to June 1139.

The earthquakes were so devastating that it resulted in a death toll of around 230,000 people.

The area that was affected the most was Harem. The city suffered extensive damage. Based on geological data, it is estimated that the earthquake measured 8.5 in magnitudes.

Aleppo was the largest city in Syria. It is situated in the northern portion of the Dead Sea and separates the African plate from the Arabian plate. 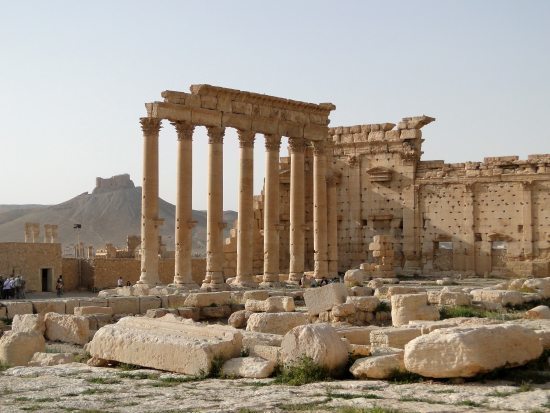 The Tangshan earthquake hit the industrial city of Tangshan in Hebei, China on July 28, 1976. The earthquake was hit in the early morning and lasted about 16 seconds.

The magnitude of the earthquake was around 8.0 on the Richter scale.

However, some sources estimate the death toll to be as high as 650,000 as there was a large number of fatalities in the densely populated surrounding areas. 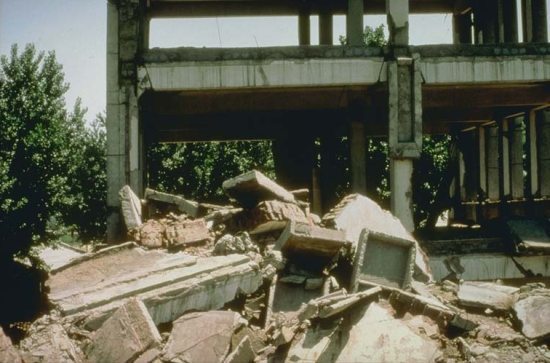 The Antioch Earthquake struck Syria and Antioch in the Byzantine Empire (now Turkey and Syria) in 526.

The earthquake struck during late May, probably between May 20-29 during mid-morning and left about 250,000 people dead.

The Antioch earthquake measured between VII (Severe) and IX (Violent) on the Mercalli intensity scale. 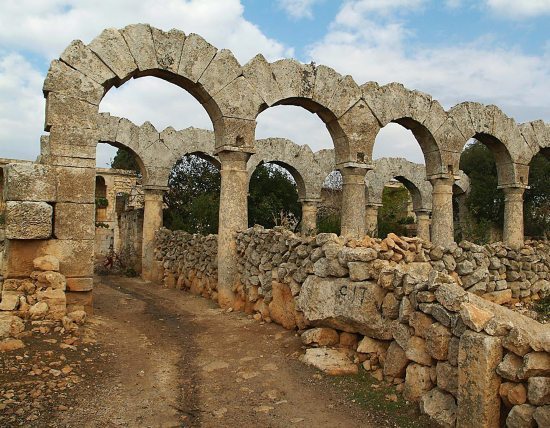 The Bhola cyclone that struck East Pakistan (now Bangladesh) and West Bengal in India on 12 November 1970 is regarded as the deadliest natural disaster in the 20th century.

It was a devastating tropical cyclone in which about 500,000 people lost their lives.

The cyclone resulted in a storm surge that flooded much of the low-lying islands of the Gangetic Delta.

It was season’s strongest cyclonic storm of the 1970 North Indian Ocean cyclone season. 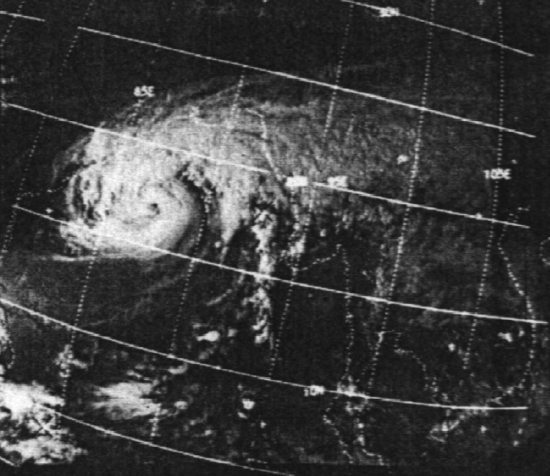 It was also known as the 1920 Gansu earthquake as Ningxia was part of Gansu Province when the earthquake happened.

The earthquake was a severe one and measured 7.8 on Richter magnitude scale.

It is reported that the earthquake left 273,000 people dead.

There was mass scale destruction as nearly all the houses collapsed in the cities of Longde and Huining. 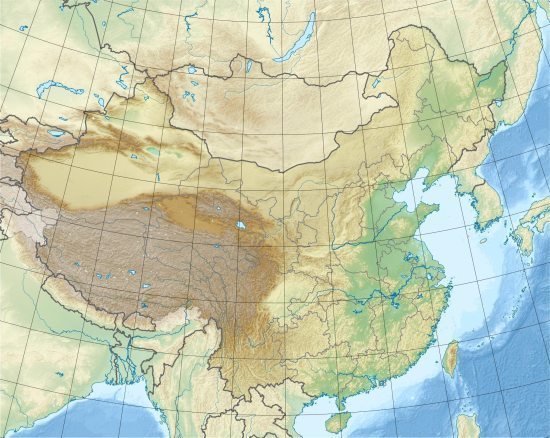 It was on December 26, 2004, that an undersea earthquake of magnitude 9.3 having epicenter off the west coast of Sumatra, Indonesia hit the coasts of several countries in Southeast Asia. 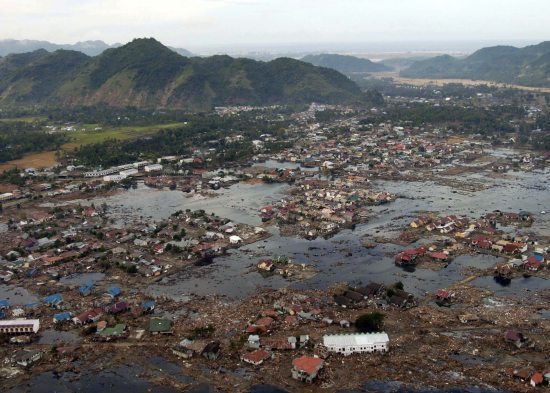 The earthquake occurred on the morning of 23 January 1556 in Shaanxi, during the Ming dynasty.

It affected more than 97 counties in the provinces of Shaanxi, Gansu, Henan, Shanxi, Hebei, Hunan, Shandong, Anhui, and Jiangsu.

The earthquake destroyed 840 km wide area. In some counties, nearly 60% of the population was killed. 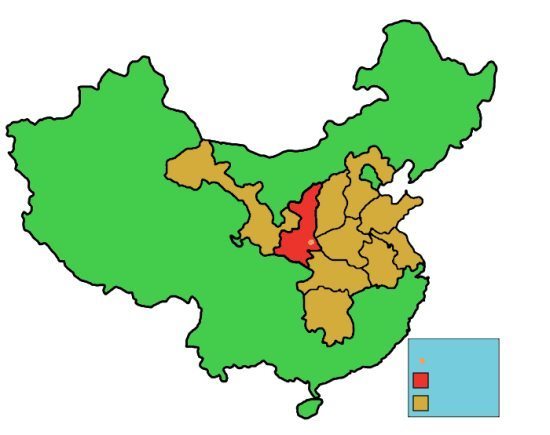 The Yellow River is prone to flooding as it has elevated nature running between dikes above the broad plains that surround it.

The 1887 Yellow River Flood is regarded as the deadliest natural disaster ever recorded killing about 900,000 people. 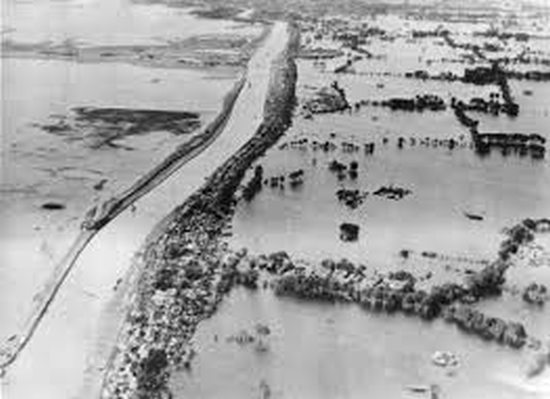 The 1931 China floods are regarded as the deadliest natural disaster of the 20th century.

They are also known as the 1931 Yellow River floods and were a series of devastating floods that happened in China.

It was responsible for a total death toll ranging from 145,000 to between 3.7 million and 4 million. 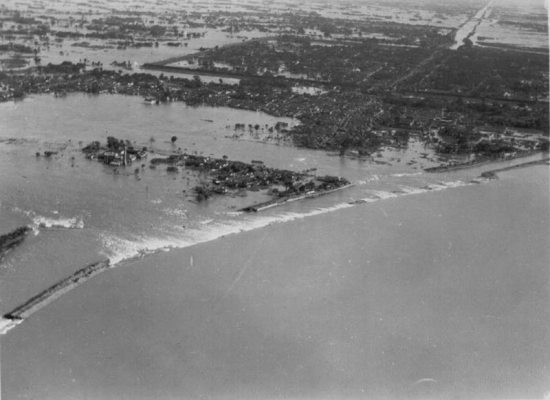 The post has covered 10 World’s Worst Natural Disasters. We pray to God that the world does not see any such disaster in future.

May we all live peacefully and happily free from any natural disaster.