In an era where gadgets, technology, remarkable architectural innovations, 3D graphics, and digital arts have taken the world by storm, it can be said with certainty that natural wonders still surpass man-made wonders. We often get to view images of such amazing natural places that it becomes hard to comprehend whether these are real or digitally created. If you don’t believe us, have a look at these Top Ten Amazing Natural Places of the World and then decide.

10 Wonderful Natural Places around the World

This location can easily be termed as the world’s largest salt lake and one of the world’s largest mirrors. The lake covers 10,582 sq/km area, and salt never reaches more than 6” depth due to which it seems like a frozen lake. Since it appears frozen, therefore, when it rains the surface reflects your image and you feel as if you are walking on a mirror. It is the best site to take perception-perplexing photographs. 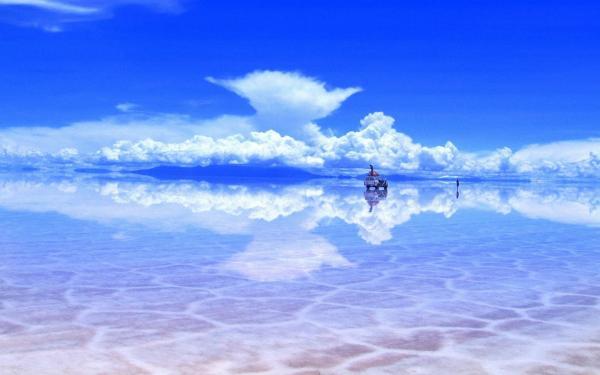 This beach is set in Dawa county, and due to the presence of red colored Chenopodiaceae, Suaeda salsa plant all around it, the beach comes across as entirely red. It is also the largest wetland and reed marsh around the world. Around 260 bird species and 399 types of animal inhabit this area and thus, it happens to be the world’s most comprehensive ecosystem. 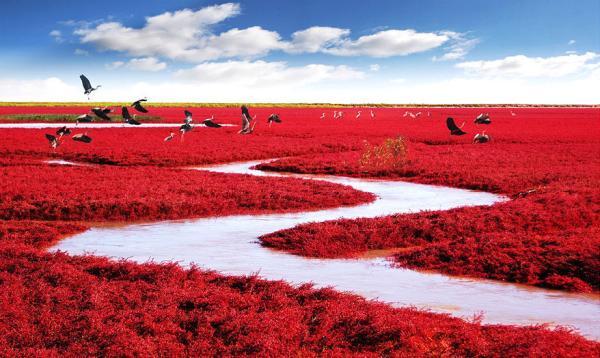 French explorer Jacques-Yves Cousteau dubbed it as a diver’s paradise. Located at the coastal area of Belize nearby Lighthouse Reef, this site was declared UNESCO World Heritage Site in 1996 and is part of the Belize Barrier Reef Reserve System. The blue hole, which used to be a limestone cave, is about 150,000 years old. After the end of the glacial period, the water level rose to such extent that the cave flooded and collapsed, creating this unbelievable hole. 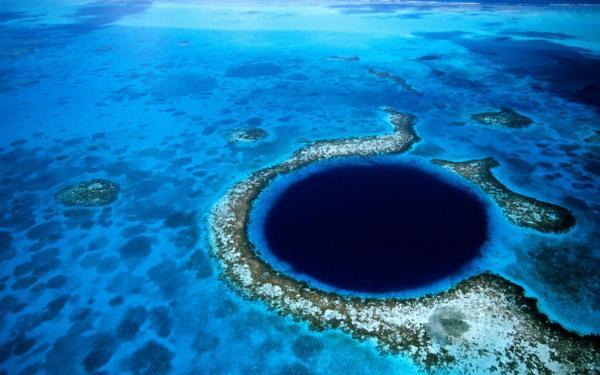 Set in a western side district of Kyoto, this is one of the most remarkable natural places in Japan. When the wind blows around the forest, you hear such mesmerizing sound effect that Japanese government has voted it as one among the top “hundred must-be-preserved sounds of Japan.” It is a popular trekking site and a path has been cut through the bamboo forest for visitors’ convenience. The massive forest comprises of bamboo plants that are used to create stuff like cups, boxes, baskets and mats. Old bamboo groves have naturally formed a fence around the path. 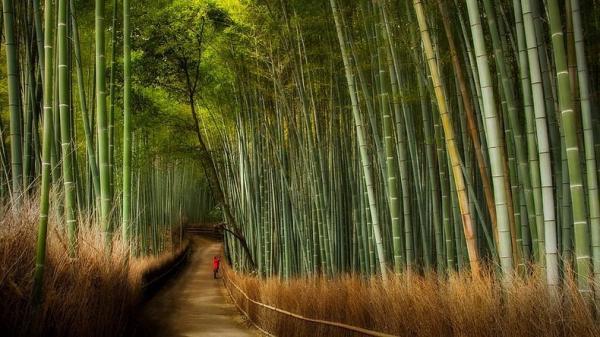 Also known as Tepuy Roraima and Cerro Roraima and nicknamed as the Home of Heaven by the natives, this site can easily pass as the last corner of Earth due to its appearance. However, we aren’t so lucky yet. It is just the shape of the mountain that makes it appear so. Mount Roraima is a mysterious mountain that is usually shrouded in thick layers of soft white clouds. It is the highest peak of South America’s Pakaraima chain of tepui plateaus and Guyana’s Highland Range in Venezuela. 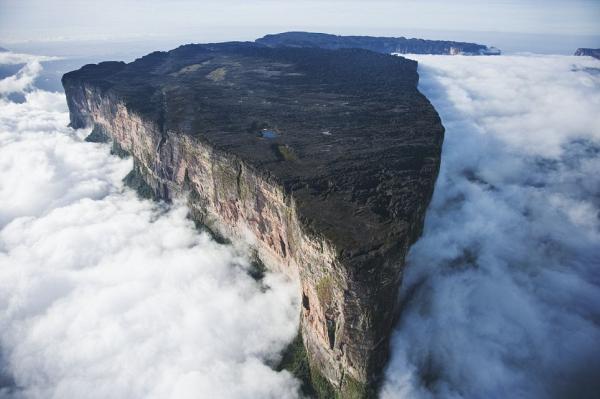 5. The Door to Hell, Turkmenistan

The crater to hell, gates to hell or door to hell all refer to the natural gas field in Derweze. It was created in 1971 when the gas field collapsed into a concealed cavern and became a natural gas crater. To prevent the dispersion of highly dangerous methane gas, geologists set it on fire and it has been burning ever since. This crater is around 30m deep and 69m high. 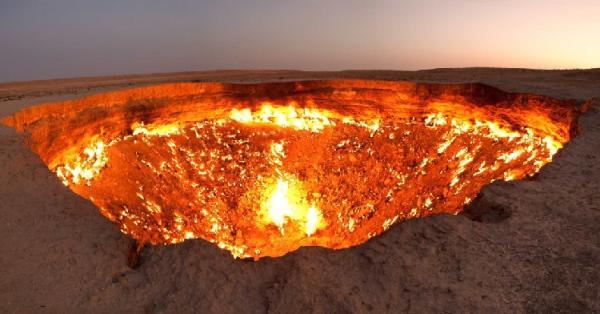 In Turkish language, Pamukkale means cotton castle. This place offers a unique combo of natural and man-made wonders. Pamukkale is located in Turkey’s southwestern side in Denizli province. It is listed among the UNESCO World Heritage Sites, as the site has the remarkably well-preserved ruins of Hierapolis, an ancient Greek-Roman city. It’s amazingly brilliant white colored travertine terraces and the Pamukkale hang limpid pools offers a breathtaking sight such as of a mighty waterfall. 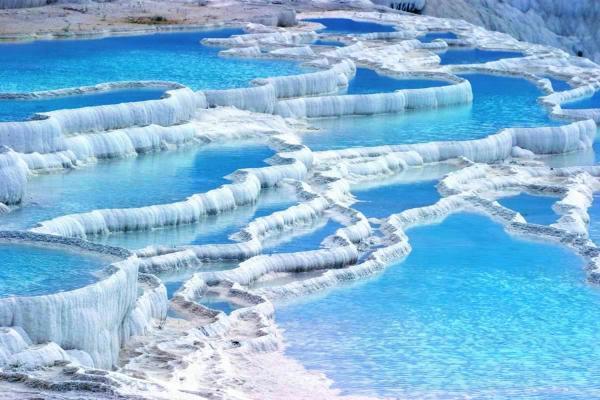 It is a slot canyon situated in Southwest American area Navajo, Page, Arizona. The Antelope Canyon has been divided into two sections, one where the water runs through rocks, which is known as Upper Antelope Canyon and the area that comprises of spiral rock arches is called the Lower Antelope Canyon. 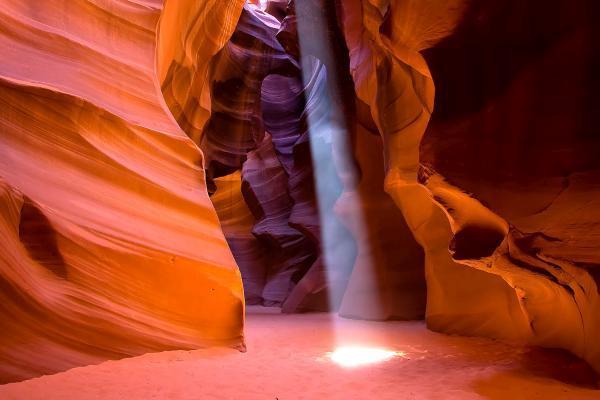 Don’t be fooled by its color, this is not a strawberry milkshake. Located at the edge of Australia’s largest island Recherché Archipelago, the water of this lake is literally pink in color and what’s even more amazing is the fact that scientists cannot understand why it is PINK. Probably, there is a strawberry meadow present underneath the lake, or so we can assume for personal satisfaction. Indeed, this is amongst world’s most amazing natural places. 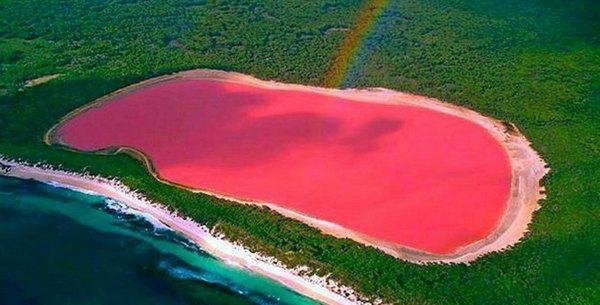 A team of excavators headed by Leo Lambert found this exotic waterfall in 1928. It is located around 1,120 feet below Lookout Mountain, Chattanooga. The inspiration behind the waterfall name is Lambert’s wife Ruby. It is counted among the most incredible Cave waterfalls on the planet and world’s largest underground waterfall and America’s deepest commercial cave. 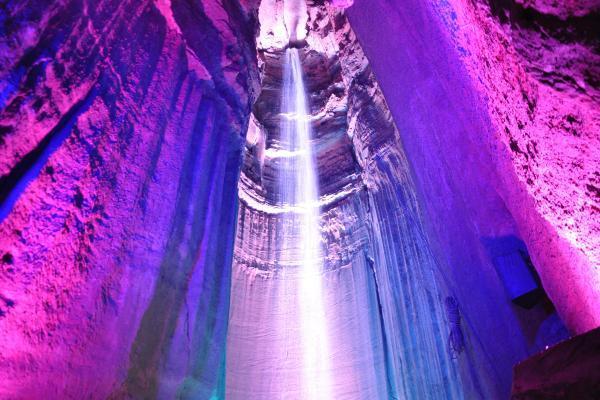 Hope you liked these Top Ten Amazing Natural Places of the World.