From times immemorial we all have been fascinated by the animal kingdom. They have a charm of their own which fill our hearts with awe, wonder, and excitement.

Some are fast and furious while there are others which are very slow animals.

Most of us are aware of the fastest animals of the like tigers, cheetahs, foxes, deer, rabbits but what about the slowest animals in the whole world.

Yes, there are very slow animals which move with very slow speed. They are super slow in motion. Their super slowness is their specialty which makes them unique. They are champions in slow speed and move with abysmal slow speeds.

So, if you are not aware of the slowest moving animals, here is the list which shows you the slowest animals in the world.

Moreover, animal speed is not always easy to measure. Particularly for those who move at very slow speed. Usually, their speed is measured over various short distances. Typically, we bestow all the glory to the fastest moving animals.

They are the champion athletes of the animal kingdom. However, there is much to be known about the slowest animals in the world. You just cannot ignore or underestimate slow moving animals.

We are sure that this list of the slowest animals in the world will go on to fascinate you. You will be thrilled to know the slowest moving animals.

So, let’s get straight to the list of top 10 slowest animals in the whole world.

10 Top Slowest Animals in The World

Also known as sea cows, Manatees are herbivorous marine mammals. They can reach up to 13 feet (4.0 m) in length and weigh as much as 600 kg. There are one of the most adorable marine animals you will find living in the water. They have small paddle-like flippers for moving their heavy weight around. No wonder they move very slowly with speed of just five miles an hour.

They are mostly found in Amazon, Caribbean seas, and the Indian Ocean. They prefer shallow waters and can be seen just floating over water rather than moving. Typically, Manatees do not have any predators and do not face any harm throughout their life span. Usually, they are engaged in eating and resting which makes them heavy in size. 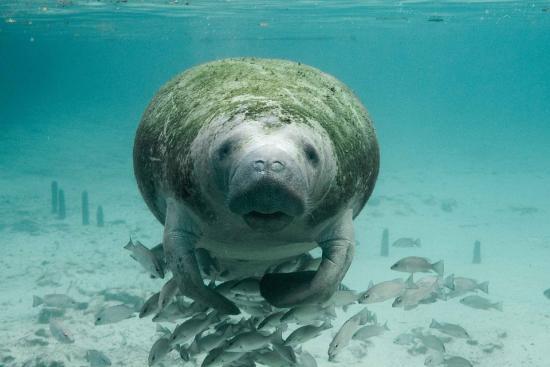 The exceedingly adorable Koala Bears are a threatened category of arboreal herbivorous marsupials. They are native to Australia, and though they look like bears, Koala Bears are not at all a member of bears. They are extremely cute animals, and they move very slowly. They are currently an endangered species. They are studded with strong limbs and claws which help them to climb trees in no time.

They have thick padded tails which enable them to sit on trees for hours. They usually feed on the leaves of trees. They have poor eyesight and are one of the slowest moving animals in the world. Their excellent sense of smell and sounds let them easily recognize predators. They can gain the highest speed of 447cm per second and move up trees in no time. However, they show a general lethargy in their movements since they are rarely attacked. 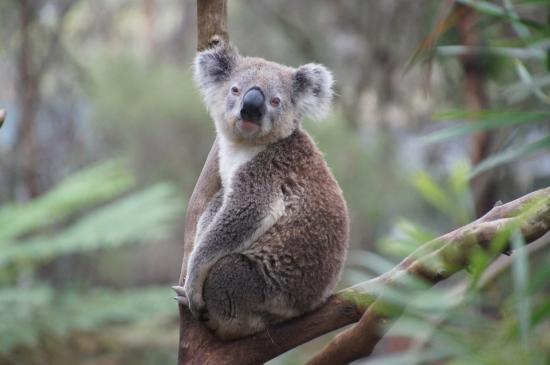 They are masters of the slow movement with a speed of about 55 cm per second. Loris is capable of extracting mild toxins which they effectively use against its predators. They are nocturnal creatures often found hidden in the dark. 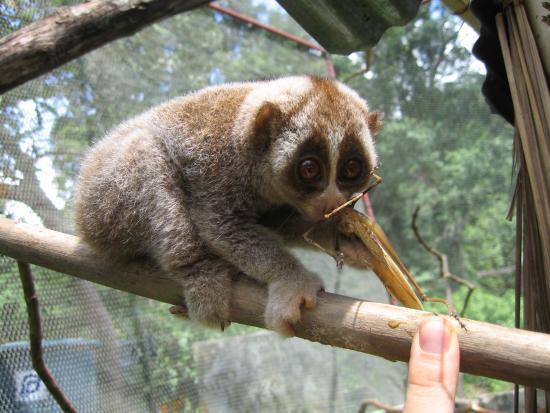 The Giant Tortoise is regarded as the world’s slowest reptile and is one of the slowest moving animals in the world. The giant tortoise can weigh as much as 350 kg and can reach a length of 1.3 m. Besides its heavy weight, its sluggish movement is attributed to its heavy shells and thick legs.

The Giant Tortoise is mainly found in the region of Seychelles and Galapagos Islands. They like wet and grasslands. They have a capacity of large inter-storage of water and can live without food up to a year. They have a lifespan of 100 years, and perhaps this is the reason why they prefer to move slowly with their maximum speed being only 70 cm per second. 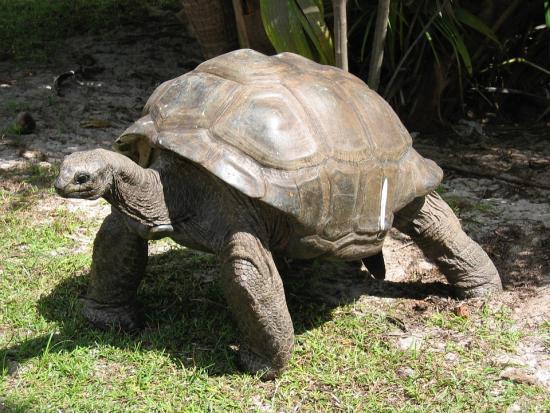 The Garden Snail is one of the most slowly moving animals in the world. It can take a top speed of 1.3 cm per second which is 78 cm in a minute or 47 m in an hour. Its slow speed is mainly because of its big and thick coiled shell.

It is a member of terrestrial mollusks and is native to the Mediterranean region. They use their muscular contraction for movement. It leaves a wet trail along its path. Garden Snails mostly prefer wetlands. They can hibernate for years and do not like sunlight. This legless, slimy and slithery creature carries his house around! 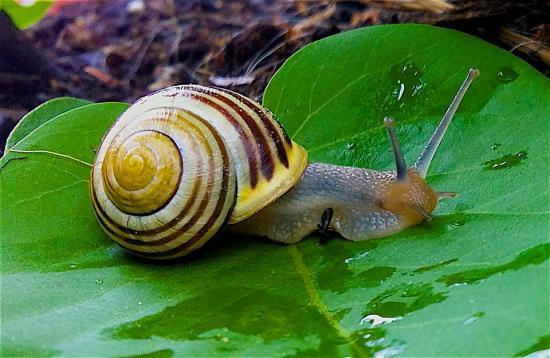 There are about 2000 species of Star Fish found in all oceans around the world. However, most of them are slow movers. They are unable to move long distances and usually, prefer to travel along with ocean currents.

Their topmost speed can only be 0.02 miles per hour. Their star-shaped body structure is the real cause for their slow movement in the ocean. It is not a fish. They have no blood and brain. If they are cut into pieces, new starfishes will grow from each of those pieces. The sand star is regarded as the fastest of them and can travel at 4.7 cm per second. 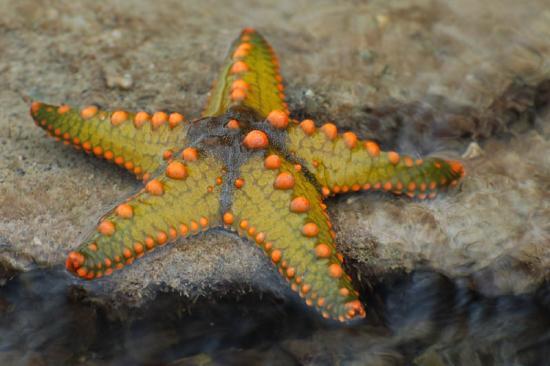 Sloth is not only one of the most adorable animals in the world; it is also the slowest moving animal in the world. It is so slow that the word ‘sloth’ has become synonymous of laziness or sluggishness. Sloths have the highest speed of 2 meters per minute; that’s about 0.12 km/hr.

The animal is native to America. They spend most of their lives within branches of trees. They usually feed on leaves of trees and like to conserve energy through no body movements. 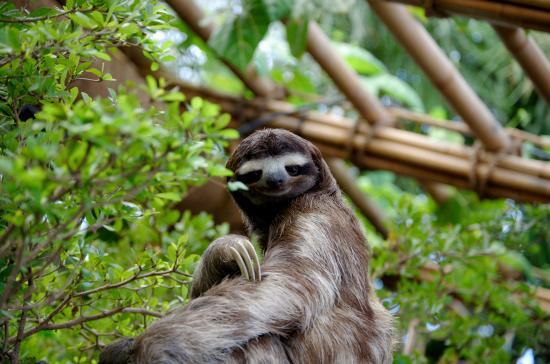 Its top speed is about 222 cm per second. It holds the record for the slowest flying speed for a bird of 8 kmph. 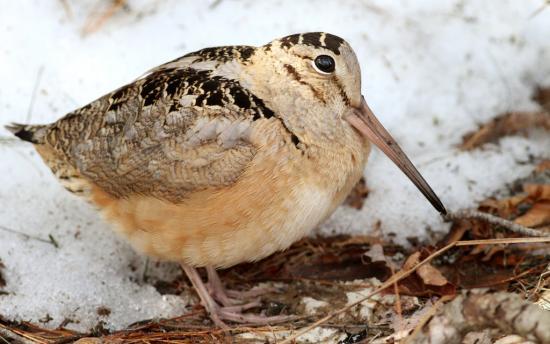 The Gila monster is a member of the venomous lizards and is native to South Western parts of United States. They are one of the very slow movers in nature. They like to hide under the ground, so you rarely get a chance to see them.

These monster lizards can be 22 inches in length and can consume meal up to one-third of their body. It typically weighs in the range of 350 g to 700 g. As Gila Monsters move very slowly, they pose little threat to humans. 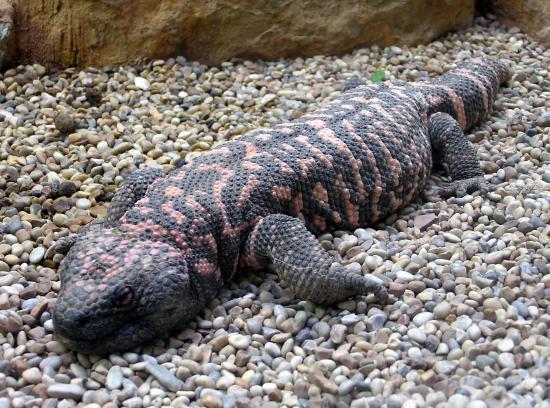 The Sea Horse is a special type of marine fish species which are found in the tropical waters around the world. It bears an uncanny similarity to the torso of a horse. Its resemblance with a horse is the only similarity it has with a Horse. In fact, a Sea Horse is one of the slowest movers in the animal kingdom with the highest speed being only 0.04 cm per second.

The slow movement is mainly because of their mysterious body structure. It usually stays within a unique place all their lifetime. They swim upright and vary in sizes from 1.5 to 35.5 cm. There are about 55 species of Sea Horses around the world. 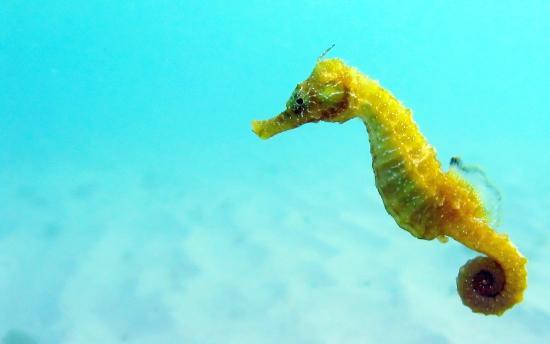 We hope that you would have found the list of the Slowest Animals in the World quite interesting. The animal kingdom is amazing and so do the slowest moving animals. We value your appreciation, so do like and share this post. We also welcome your comments and suggestions.