Flowers come in splendid varieties and display an enormous range of colors, and shapes.

Flowers emit scents which simply go on to spellbound us in every possible way. Flowers have been a source of inspiration for centuries.

When you love a person and want to express your deepest emotions you prefer to gift flowers. Not only this, flowers are loved by one and all. You can easily see the joy on the face of a child when he or she holds a flower in his or her hand.

When somebody is ill, and you want to wish the person good health, you gift flowers.

Flowers have been a symbol of love, adoration, joy, affection, success, and happiness.

If you go about to express the beauty and grandeur of flowers, words will fall short. Such is the magic and beauty of flowers.

However, there are some flowers which are categorized as rare, extraordinary, and endangered flowers on Earth. Most of us are not known with these kinds of flowers.

So, we have come up with this post featuring 15 Most Rare Flowers in the World. They are rare because these flowers can be found in only a few selected places on Earth.

They are not only beautiful, and expensive but also endangered flowers. They have a beauty of their own which can rarely be found anywhere in the world.

Would you not like to know more about these rarest flowers in the world?

It was a hard time figuring and searching these rare flowers. However, at last, we were successful in compiling this beautiful list featuring 15 Most Rare Flowers in the World.

Campion is one of the rarest and endangered species of flower in the world. It is only found in Gibraltar. In 1992, the scientific community thought that the flower was extinct. However, luckily, a climber hiking on the high cliffs of Gibraltar discovered a single specimen of the flower.

Since then, Campion specimens are being grown at the Almeda Gibraltar Botanic Gardens and in the Royal Botanic Gardens of London. If you want to discover the beauty of Campion, you invariably have to travel all the way to the solitary cliffs of Gibraltar. 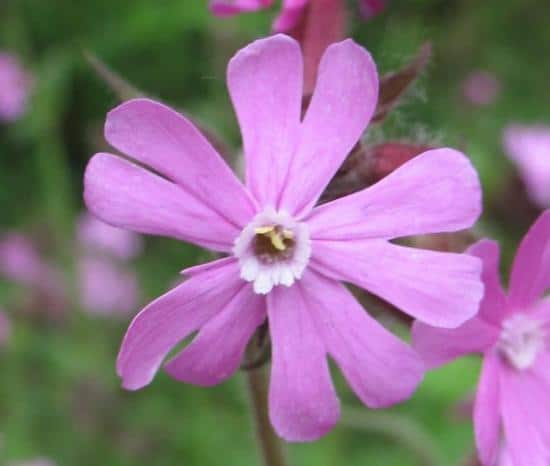 Yellow & Purple Lady Slippers are considered to be one of the rarest flowers in the world. They are native to the UK and other parts of Europe including Spain. However, nowadays they can only be found at one place, and it is a hidden spot on the golf course somewhere in the north of England.

There is an intense effort to protect their last remains in the world. The exact location of these flowers is still a well-guarded secret, and it is believed that the place is being kept under police protection for decades. 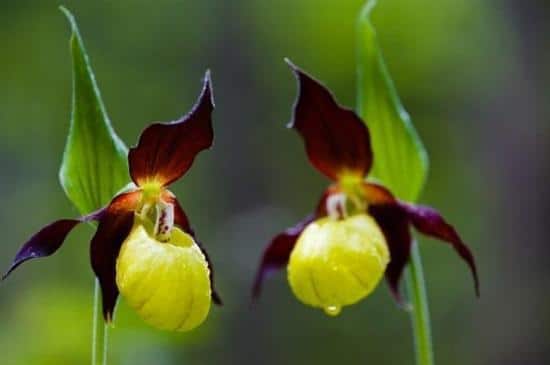 These rare flowers are only found in certain islands of Indonesia and some low-lying rainforests. Rafflesia Arnoldii is characterized with five petals which have whitish marks around them. It exhibits a very peculiar and stinky smell which is instrumental in attracting carrion flies for pollination.

Its buds take months to develop, but the flower lasts only for a few days. Rafflesia Arnoldii is unisexual in nature, and the pollination process requires many coincidences to work together. These are the reasons which make it so rare in the world. 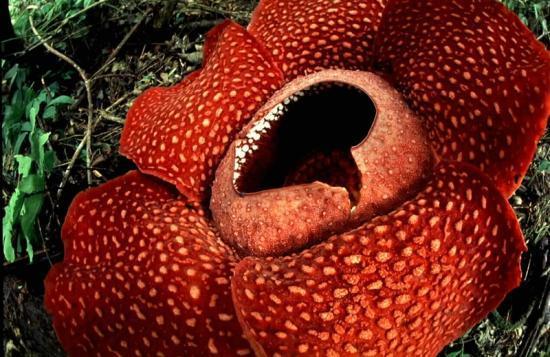 The one unique thing about Youtan Poluo flower which also makes it so rare is the fact that it blossoms in every three thousand years. Youtan Poluo is closely linked with Buddhism. It is native to China and is commonly known as Udumbara. The Youtan Poluo flower is 1mm in diameter and emits mild yet noticeable sandalwood-like fragrance.

The flower was recently sighted by a Chinese nun in the Jiangxi province. It is believed that the blooming of the Youtan Poluo flower marks the arrival of a future king or the reincarnation of the Buddha. Nonetheless, Youtan Poluo is certainly a rare flower indeed. 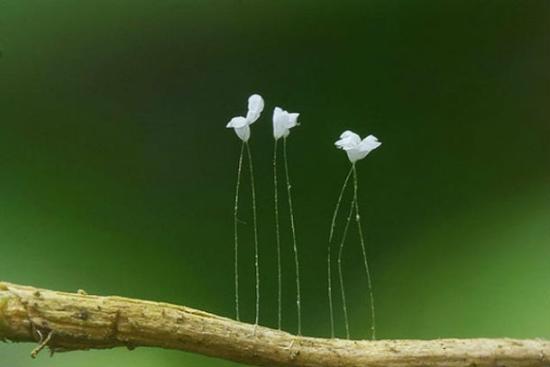 They sometimes can be mint green in color. It’s wonderfully colored petals radiate at night with a luminous glow in the dark forest. They are extremely difficult to propagate and are recognized as endangered species. Most of its habitat has been damaged, and there is a marked decrease in its natural pollinators. 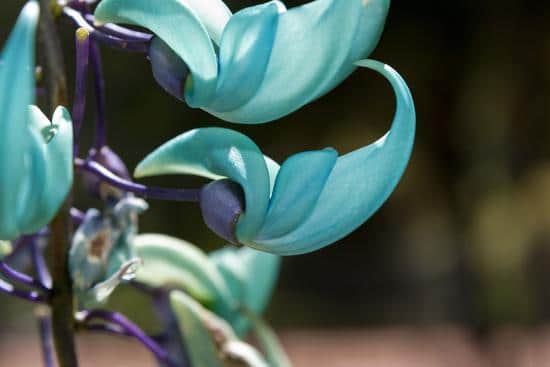 Thousands of people are fans of its extremely beautiful pink petals. It is also recognized as one of the most beautiful flowers in the world. 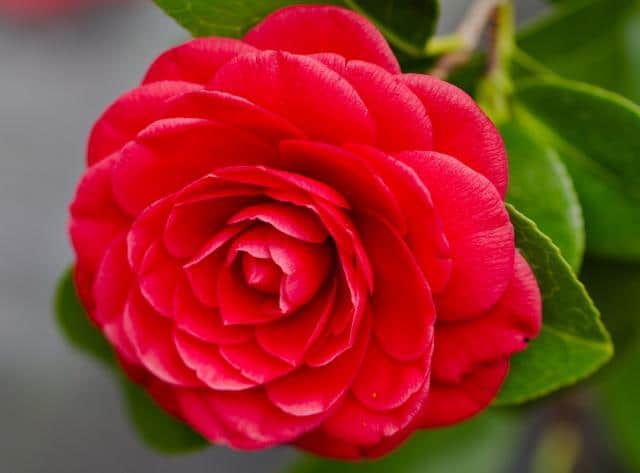 It was originally pollinated by the sunbirds which have already become extinct. Lots of experiments were conducted so as to figure out its new pollinators. However, none of those experiments were successful. 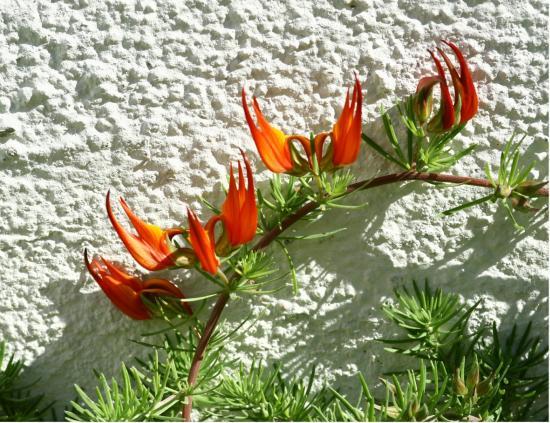 The scientific name of Cape Sundew flower is Drosera capensis. It is considered as one of the rarest flowers in the world. Cape Sundew was first exposed in South Africa. Nowadays, there are about 125 species of Cape sundew that are mostly found in the South African region.

It is a self-pollinated flower and produces a sticky substance for trapping the insects. The flower exhibits five colored petals which bloom in the sunlight. Interestingly, the flower is capable of extracting nutrients from the insects which it traps in its tentacles. 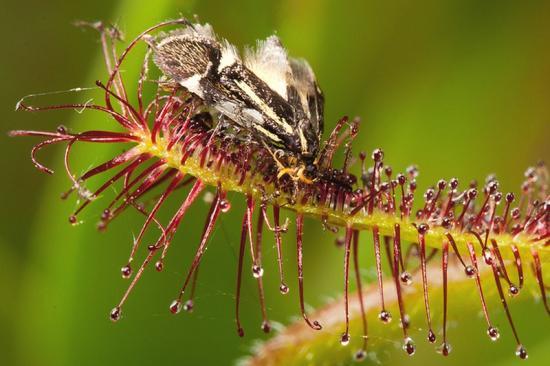 The White Lotus flower is mostly found in various parts of Southeast Asia and East Africa. It is often known as Egyptian White Water Lily or Tiger Lotus. It is an extremely beautiful and rare species of flower.

The White Lotus flower floats on water with the support of its lily pads. It is also a popular pond and aquarium plant. 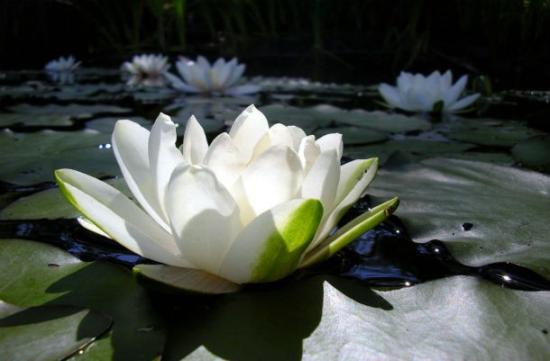 The Kadapul Flower is known by various nicknames such as “Flower from Heaven” and “Queen of the Night.” It blooms only at midnight and withers away by dawn. It is mostly found in Sri Lanka and is considered as one of the most expensive flowers in the world.

They are essentially priceless and die as soon as it is picked. So, most of the people are not able to see the flower, nor smell its fantastic scent. 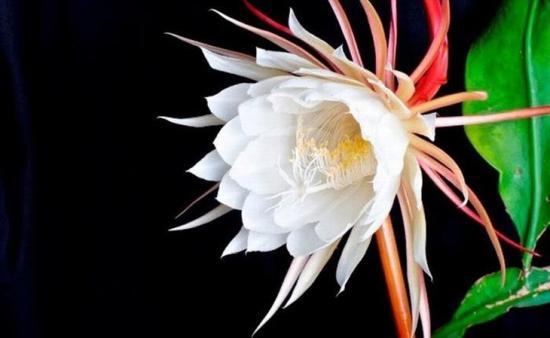 The Ghost Orchid derives its name largely because of the shape of its petals. It is mostly found in areas of Cuba and Florida. It requires perfect conditions for flowering and needs very specific host trees for growing properly. Its flowering time is highly unpredictable, and so not many people can see it in all its ghostly glory.

The Ghost Orchid is extremely rare, and its examples can only be found in the UK which is protected. So, if you are found removing one, you can face a jail sentence. 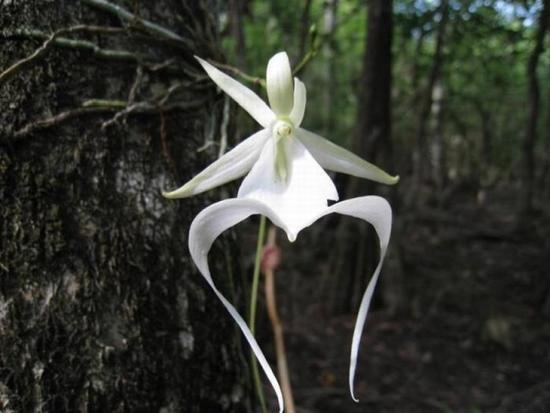 The Chocolate Cosmos is native to Mexico but is now believed to be extinct in the wild. It derives its name because of the odor it releases smells of chocolate.

The only example of this unique and rare flower that is in existence today is a clone which has been grown using the vegetative propagation technique. 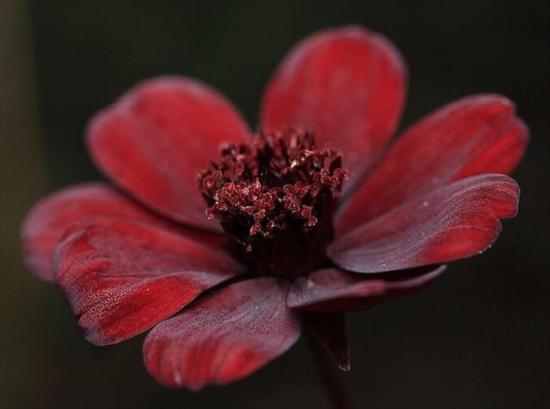 The Corpse Flower is a parasitic plant and derives its name because of the odor it releases smells like rotten flesh. They can grow up to 1 meter in height and weigh up to 15 pounds. It is one of the best examples of a rare and endangered flower. 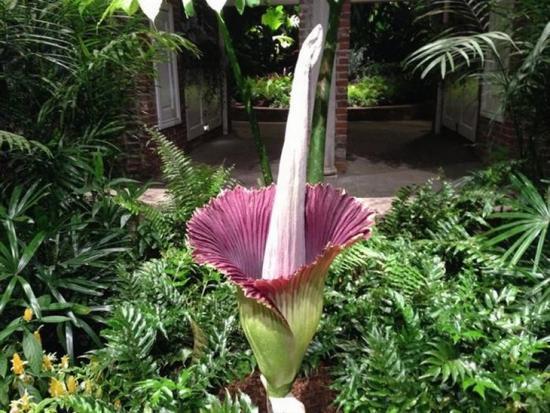 The Kokia Cookei is rare flowers of a small deciduous tree found only in Hawaiian region. It is one of the rarest plant species in the world. Presently there are almost 23 grafted examples of the plant in existence. 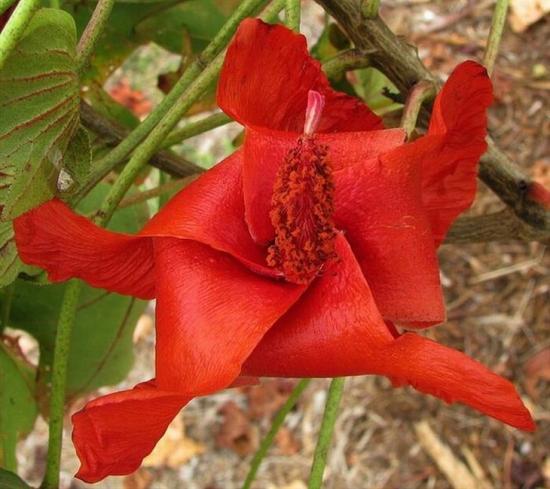 It is an extremely rare species of flower which is mainly found in the tropical regions of South East Asia including the countries like Thailand, Malaysia, and China.

The flower has a strong resemblance to bats and is particularly known for its stark black color. It has long cat-like whiskers that can reach up to 28 inches in length. It requires much water and humidity to survive. 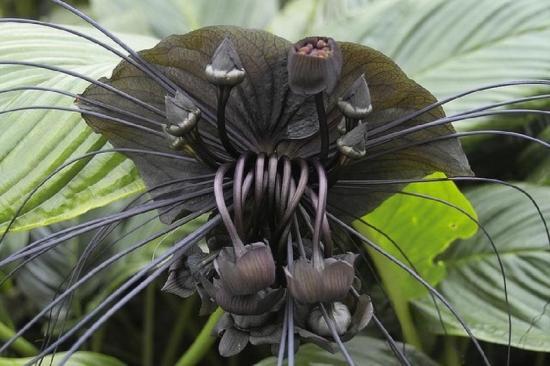 We hope that you would have thoroughly enjoyed this presentation on 15 Most Rare Flowers in the World. Do share your comments with us.