Nowadays, the mobile phones have come to be one of the biggest attractions for people all over the world.

In fact, your mobile phone is the gateway to everything that goes around you as well as in your life too. The recent advances in technology have made cell phones so powerful that they could do everything that is done by a computer.

Moreover, mobile phones have become an integral part of our lives.

So, here is a post featuring 10 Most Expensive Phones in the World.

If you are not aware of the most expensive phones in the world, then this post will be an eye opener for you.

Herein, we have listed world’s most expensive mobile phones.

Have a look at Most Expensive Watches

These phones are studded with diamonds and crafted in gold. These are extra expensive phones and not for the common public. They are made for tycoons, celebrities, kings, and queens. Only few can afford these phones.

These most expensive phones look just stunning. In fact, they are real luxuries. It’s hard to believe that they are only phones. However, if you have the money and are madly in love with mobile phones, then these phones are made for you.

You might be of the opinion that iPhone 8 is the most expensive iPhone ever. Yes, you are right. However, if you look at the price of these expensive phones, you might be utterly stunned.

The prices of these expensive phones run into thousands of dollars and sometimes more than a million dollars.

So, let’s witness this compilation of the most expensive phones in the world. Who knows, you might want to have one of these for yourself. Right!

Falcon SuperNova is the most expensive phone in the world and has been priced at almost 100 million dollars. And it’s an iPhone. Falcon SuperNova looks like pure gold. It is studded with large 18 karat diamond with some pink and blue. 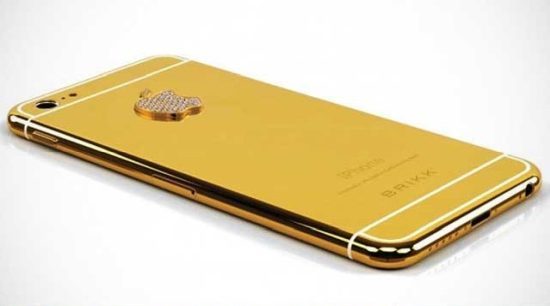 The Diamond Rose iPhone 4 32GB is by far the one of the most expensive iPhones ever. It is priced at a whopping $8 million (approx). The phone has been designed by Stuart Hughes. It is studded with about 500 individual flawless diamonds totaling over 100ct. Its back is of rose gold, and the Apple logo comes decked with 53 additional diamonds. The front navigation button is made with platinum and features 7.4ct pink or rare 8ct Flawless diamonds in the center. 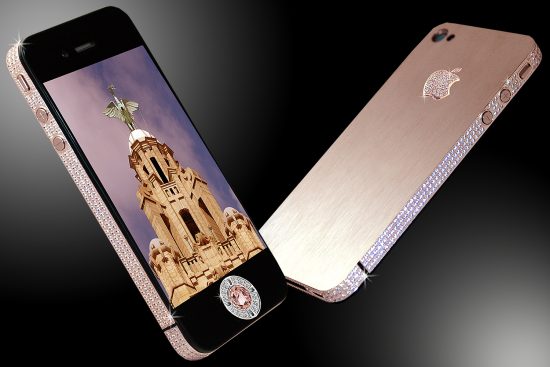 iPhone 3G King’s Button makes it to the top three of the most expensive mobile phones in the world. It’s a variant of the iPhone. The phone is probably the best example of ultra luxurious and beautiful smartphone in the world. It comes studded with 138 diamonds which take the price of the phone close to $2.4 million. It features a 6.6-carat white diamond at the home screen button. It was designed by Austrian designer, Peter Aloisson. 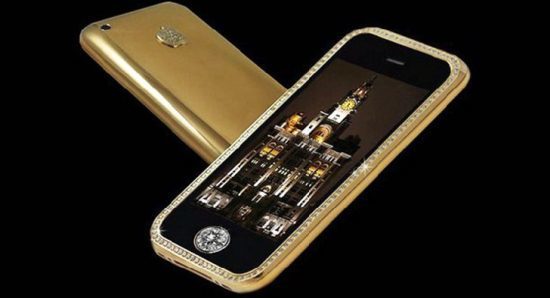 This ultra luxurious phone comes from the Swiss manufacturer, GoldVish SA which is a renowned name in the overly lavish phone business. It’s worth approximately $1.3 million. GoldVish Le Million has been designed by renowned designer Emmanuel Gueit who is credited with creating lots of luxury watches and jewellery. 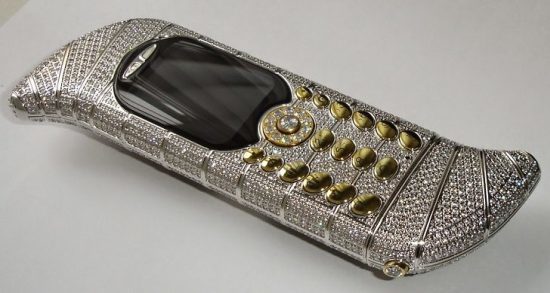 The Diamond Crypto Smartphone is tagged as one of the costliest mobile phones in the world with a price standing at crisp $1.3 million. It is a Windows CE phone designed by luxury accessories maker Peter Aloisson. The phone features a cover studded with 50 diamonds of which 10 are rare blue ones. It has some rose gold as well. The phone provides protection against kidnapping and technological blackmail. 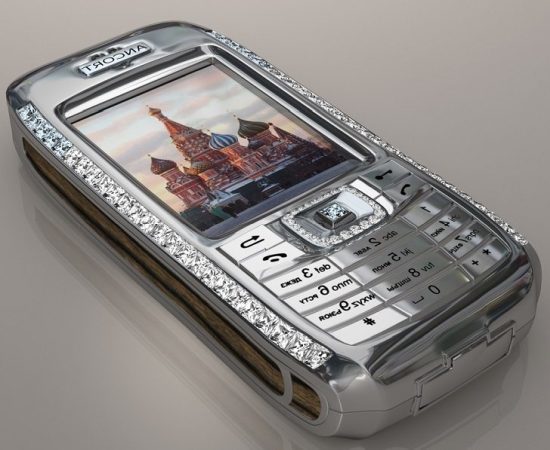 It’s a pure luxury phone costing a cool $1 million. Most of its body is made from 200-year-old African Blackwood which is regarded as one of the most expensive woods in the world. Plus, the phone is studded with black diamond’s that are rare and beautiful. The phone has quite a lot gold to make it a luxury mobile phone. The keypad is made of sapphire crystal. 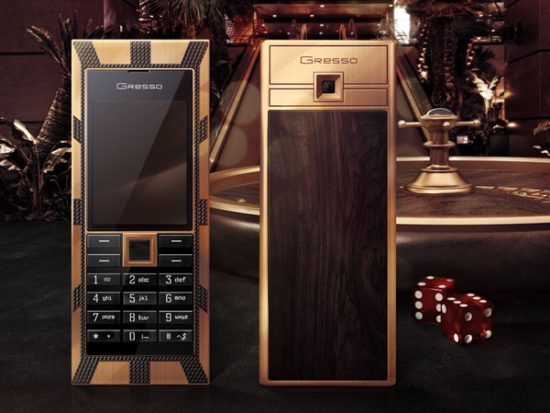 The Vertu Signature Cobra will cost you a whopping $310,000. It has been designed by French jeweler Boucheron and comes in a limited run of eight phones. As evident by its name, the handset bears a pear cut diamond cobra that surrounds its casing. The phone comes studded with 439 rubies, one round white diamond, one rich pear-cut diamond, and two gorgeous emerald eyes. It comes in different styles with a long gold snake, a small snake on the front of the phone, and a green snake on the sidebar. 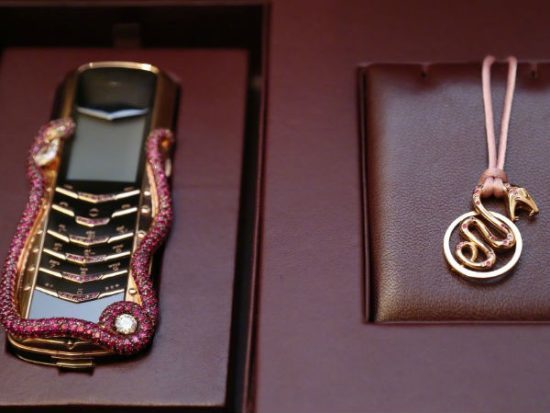 It’s a phone that costs as much as a Lamborghini Murcielago. Although it looks like a typical smartphone, the Sony Ericsson’s Black Diamond is a pure luxurious smartphone being one of the world’s most expensive mobile phones ever. Jaren Goh is credited with the stylish design for Sony Ericsson. The phone offers mirror detailing, polycarbonate mirror, and is studded with organic LED technology. The diamonds on the phone make it highly expensive. It has one three-karat diamond on the back and 0.25 on the Joystick. Plus, the diamonds are removable. The phone is priced at $300,000. 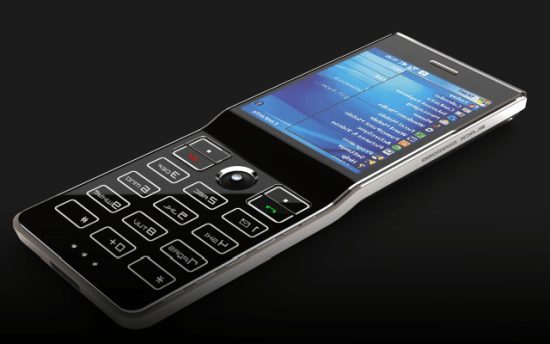 iPhones have always been featured amongst the expensive mobile phones, but this one takes the lead. iPhone Princess Plus is the costliest iPhone covered with pure gold (18 carats of white gold) and has as much as 318 diamonds. It has been designed by the famous designer Peter Aloisson. It has 138 princess cut and 180 brilliant cut diamonds. The iPhone Princess Plus is a pure luxury mobile phone and highly suitable for a wealthy person who loves white gold. It has been priced at $176,400. 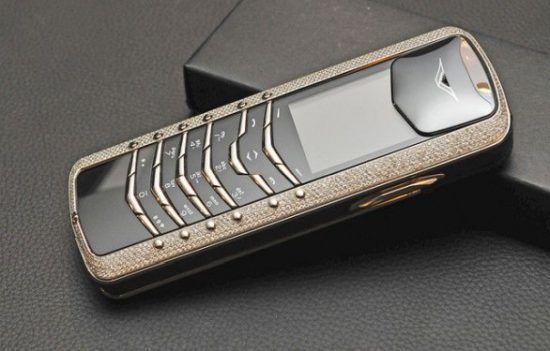 So, these are the most luxurious and expensive phones in the world. They are surely meant for the richest people out there and are the true mark of status. However, the performance of these phones remains the same. We believe that you would have enjoyed this post. So, share your comments with us. And, do remember to share the post with your friends and loved ones.