The world is very ‘’Big.” That we all know. However, it’s also a very “Crazy” place full of very Interesting facts.

Today, we are here to share with you 50 Interesting Facts about the World.

The world has a superabundance of different people, places, and things. The people, places and things not only go to make the world a lovely place; they make it “interesting” too.

Time and again, you come to know weird and fascinating facts about people, places, and things that make up this world.

For example, people have particular traits and mannerisms that will surely surprise you.

In fact, we all love to be surprised and amazed.

When your loved one brings a gift for you, it’s surely a moment of surprise and happiness.

We all want to know fun and fascinating facts about the world.

That’s why we always turn up to our television sets, magazines, newspaper or even the Internet.

However, this element of surprise is not easy to come by.

Lots because much has been already discussed and known.

Much has been written about surprising and interesting facts about the world.

So, you would not turn into anything that’s already been said, discussed and known.

However, you must know that the world’s craziness lives on even though much is already known to us.

There are still many facts in the world that have the potential to surprise us.

So, if you are looking for interesting facts about the world, we must say that you are perfectly in the right place.

We will not disappoint you a bit. 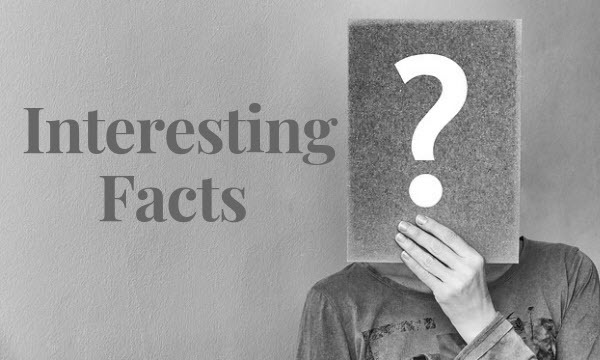 Rather you will be amazed to know these Interesting facts about the world that we have listed below.

We have made sure that you get the most out of this post.

Let’ get ahead and witness these 50 Interesting facts about the world.

They will surely amaze and surprise you.

The Vedas are the Oldest Literary Texts on Earth

The Vedas which date back to as much as 10,000 years old is said to be the oldest literary records of humans.

They are the oldest written text on our planet Earth.

They are the recordings of Indian sages who first transferred it from one generation to other in an oral form and later went on to record it in the written form.

The recordings of the Rig Veda are believed to the oldest among all the four Vedas of the Indian Civilization.

The apple seeds that are known as “pips” contain sugar/cyanide compound named “amygdaline.” It turns into hydrogen cyanide as it is metabolized in your body. In fact, hydrogen cyanide was a key ingredient to Zyklon B, a pesticide used by the Nazis in their gas chambers.

However, there’s little to panic as ingesting a few seeds won’t kill you. The human body can handle a small dose of cyanide.

That said you should not chew a handful of apple seeds as they can “kill you” quickly.

The Difference between the UK, England, and Great Britain

The sovereign state that we are referring here is known as The United Kingdom of Great Britain and Northern Island (UK).

The United Kingdom comprises of countries such as England, Scotland, Wales, and Northern Island.

The term “Great Britain” is used to refer to land mass consisting of countries such as England, Scotland, and Wales.

England is known to be a part of the island that is known as “England.”

It Costs more than Pouble to Produce Pennies and Nickels

If we go by the U.S. Mint Department, it costs more to produce a penny and nickel than the coins themselves are worth.

The cost is estimated to be 1.23 cents (including materials, labor, machinery, shipping, and other costs) to produce a penny and 5.73 cents for a nickel during 2006.

The condition is known as carotenemia.

It can commonly be seen in infants who are often fed copious amounts of mashed carrots and other vegetables that have high amounts of carotene.

Carotene is a pigment.

When you consume a lot of carotene related food items or vegetables, the carotene levels in your body build up, and your skin turns orangish-yellow.

The effect is first visible with your nose and palms.

Most Streets in Japan don’t have Names

In Japan, they follow a very different addressing system than the most Western countries. The streets in Japan don’t have names.

Rather, the streets are given block numbers. The city area has been divided up into blocks, and each one is given a number. So, when you want to find some location, you should ask what block it is in. 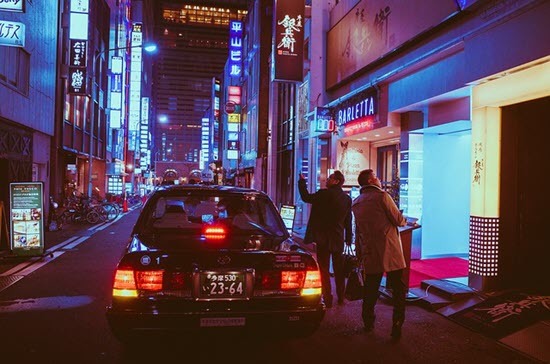 Bubble Wrap was Initially Designed as a Wallpaper

Bubble Wrap was invented by two engineers named Al Fielding and Marc Chavannes in Hawthorne, N.J. in the year 1957.

They sealed two shower curtains together so that it captured air bubbles and made the textured appearance for their wallpaper.

However, the idea was not a success.

Not deterred by this failure, they set out and found another use for it as greenhouse insulation.

This idea was also not successful.

It was only three years later that that Frederick W. Bowers, a marketer at Sealed Air, found a perfect use for this product.

On 5th October 1959, IBM announced their new 1401 Computer. Bowers got the idea that Bubble Wrap could come out as a good packaging material for protecting the computer while shipping.

He pitched this idea to IBM and went on to demonstrate its protective abilities. The demonstration was successful, and IBM began to purchase Bubble Wrap for protecting their 1401.

Now, the company sales stand at a whopping $4 billion with a net profit of around $255 million. In fact, $400 million worth of Bubble Wrap is sold annually. 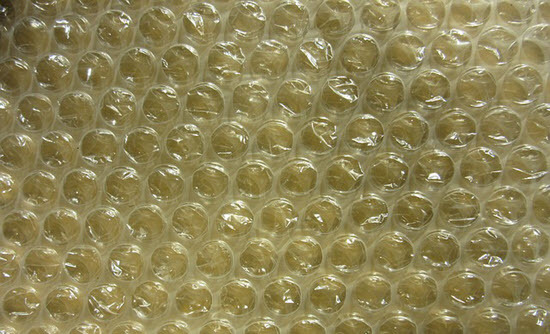 It can be a “Big” surprise for you.

In fact, if you are serious about solving a Rubik’s Cube, then you can do it by following a sequence of steps (some sort of algorithm). It can help you to solve the puzzle.

These algorithms can be memorized and can be used by a human. Typically this can be done with 40 moves.

It was proved in July 2010 by Tomas Rokicki, Morley Davidson, Herbert Kociemba, and John Dethridge.

They proved that one needs only as much as 20 moves to solve any position with a Rubik’s Cube.

And there’s much much more for you as we showcase many more Interesting Facts about the World.

We hope that you enjoyed the article as much as we did in presenting it to you. In a few minutes, you have come to know 50 Interesting Facts about the world.

It’s a fantastic feeling to know interesting facts about the world.

Do remember to share your valuable comments with us and let us know which of these exciting facts have surprised you. We are sure you will love to share this post with your friends and loved ones.