The USA (United States of America), byname America is a federal republic consisting of 50 states, a federal district and five other territories that are self-governing.

It is the fourth largest country in the world after Russia, Canada, and China in the area.

The USA national capital is Washington, D.C. which is coextensive with the District of Columbia, the federal capital region that was created in 1790.

It is bounded on the north by Canada, on the south by the Gulf of Mexico and Mexico, on the west it shares the borders with the Pacific Ocean, and on the east by the Atlantic Ocean.

Today, we list out the ten largest states in the USA by area and population.

So, the presentation will offer you a good idea of the distribution of the population in the USA as well as show you the states with the largest area.

Well, the total population of the U.S. might be large by world standards; however, its overall population density is relatively low.

The country has some largest urban concentrations in the world, as well as there, are some big areas that are almost devoid of habitation.

In fact, it is a country with a highly diverse population.

Unlike China that largely has indigenous peoples, the U.S.A. boasts of a diversity that has mostly sprung from an immense and sustained global immigration.

Probably no other country in the world can boast of a diverse range of population than the U.S. that has a wide range of racial, ethnic, and cultural types.

The national character has been enriched by the surviving Native Americans, descendants of Africans, and millions of immigrants who came to America expecting greater social, political, and economic opportunities (than they had in the places they left).

Further up, the United States has been recognized as the world’s greatest economic power that is mostly measured regarding the gross domestic product (GDP).

The country is rich in natural resources and produces enormous agricultural output. Plus, the U.S. has highly developed industry and is the leader in world trade by its sheer economic size. Its exports and imports account a major proportion of the world trade.

The U.S. has become the most important center for investment capital. The U.S. goes on to offer one of the world’s highest standards of living.

The United States emerged as a world power in the 20th century. After the World War II, the U.S. became one of the preeminent powers in the world. It continues to offer its residents immense opportunities for unparalleled personal advancement and wealth.

After this brief introduction about the U.S., let’s head straight to the list of 10 largest U.S. states by area.

Here’s the list for you starting with the rank#1 and moving down to rank#10 for the U.S. states by area.

10 Largest States in the USA by Area

Alaska is the biggest state in the United States.

However, it has the least people.

In fact, it is the 4TH least populated state in the U.S.

Alaska lies in the Northwest corner of the continent of North America. It does not border with any other U.S. state. It borders with Canada, the Pacific Ocean, the Arctic Ocean, and the Bering Strait.

Alaska has many glaciers. It is an immensely popular tourist destination and home to a rich culture with beautiful scenery. It has some important industries like oil, fishing, mining, and forestry. 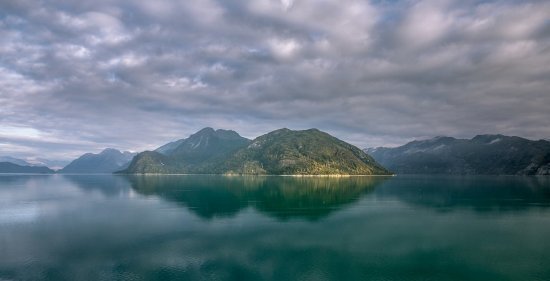 Texas is recognized as the second largest state in the U.S.A. In fact, Texas is less than half the size of Alaska. It is home to about 27 million people who live there. Texas became the 28th state of the United States in 1845.

Some of the biggest cities in Texas include Houston, Fort Worth, San Antonio, Austin, Dallas, and El Paso.

Austin is the capital city of Texas.

Texas has mountains, deserts, plains, and coasts. The Rio Grande is the biggest river in Texas. The highest mountain in Texas is known to be the Guadalupe Peak. 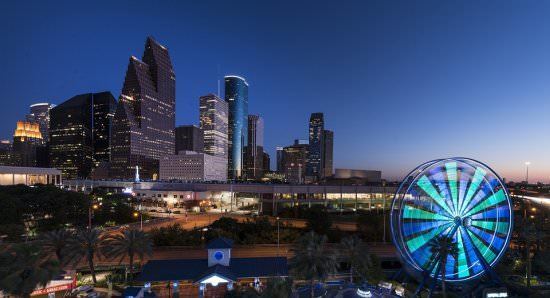 California is the third largest state area-wise in the United States of America. It is a state in the western United States.

California is the most populous state with the most people living in it. Some of its important cities include Los Angeles, San Jose, San Francisco, and San Diego.

Its capital is Sacramento.

It is bordered by Oregon in the north, Nevada in the east, Arizona in the southeast, and the Mexican state of Baja California to the south.

The state is a leader in farming, movie-making, and high-technology, mostly software and websites. It is home to different geographic features such as mountains, deserts, and coasts. 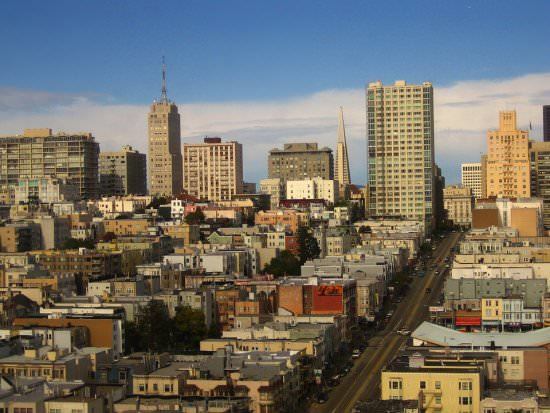 Montana is the fourth largest state in the United States of America after California. Its capital is Helena and Billings is the largest city.

Montana also shares borders with other U.S. states such as the North Dakota in the east, a short border with South Dakota to the southeast. In the south lies Wyoming, and on the west and southwest is Idaho. 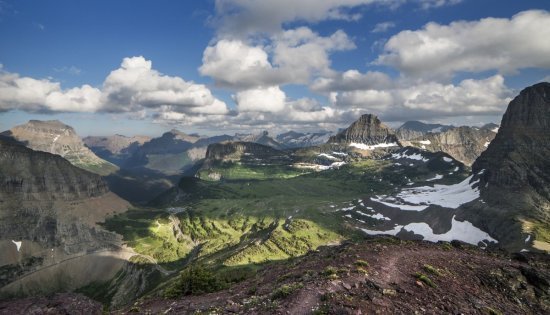 New Mexico is recognized as the fifth largest state in the United States of America. It became a state on 6th January 1912. Its capital is Santa Fe.

New Mexico is bordered by Texas to the east, Colorado in the north, Oklahoma to the northeast, and Arizona to the west. The northwest corner of the state touches Utah. The state is known as the Land of Enchantment. 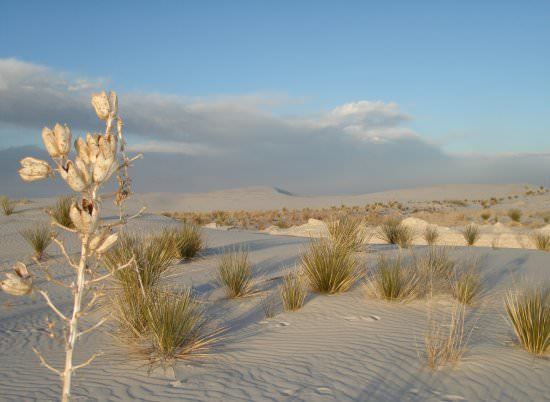 Arizona is recognized as the sixth largest state in the United States of America measuring nearly 113,998 square miles or about 295,254 square kilometers.

It is bordered by the New Mexico to the east, Utah to the north, California to the west, Nevada to the northwest, and its northeast corner touches part of Colorado. It shares the borders with the country Mexico of about 389 miles (626 km) in the south.

The state is also offered as the “Grand Canyon State” and the “Copper State.” Arizona became the 48th accepted state into the U.S. on 14TH February 1912.

Arizona has a very hot climate. The average temperature is about 42 degrees Celsius in summer. 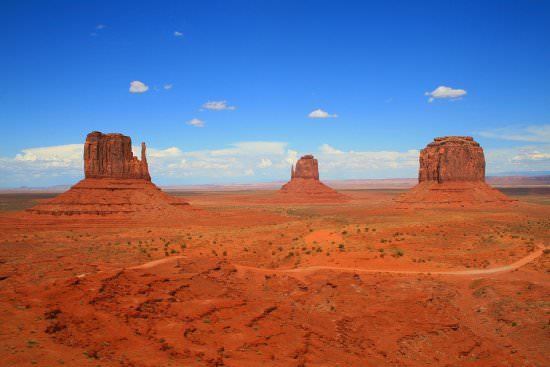 Nevada has been ranked at the seventh largest state in the U.S.A. with an area measuring about 110,561 square miles or about 286,351 square kilometers.

Carson City is the capital of Nevada.

Other big cities include Las Vegas and Reno.

Nevada became the 36th state in the United States on 31st October 1864.

Tourism is the major revenue source for the people of Nevada.

It is the only state wherein prostitution is legal.

Many people visit Las Vegas that has many casinos and resorts. 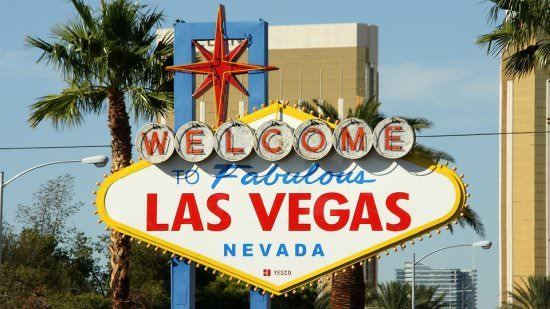 Ranked at number 8th position is the state of Colorado.

Its capital and the biggest city is Denver.

Some of the other big cities include Aurora and Colorado Springs.

Colorado is the first state in the U.S. to have legalized the use and possession of the drug marijuana.

It is surrounded by the Rocky Mountains on the west and the Great Plains on the east. 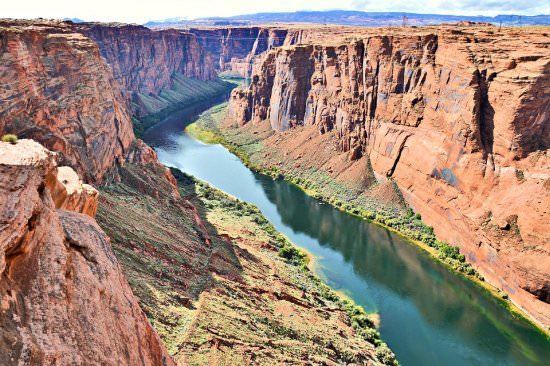 The U.S. state of Oregon is at number nine in the area. Salem is the capital of Oregon State, and Portland is the city with the most people. Oregon became the 33rd state to join the United States in 1859. 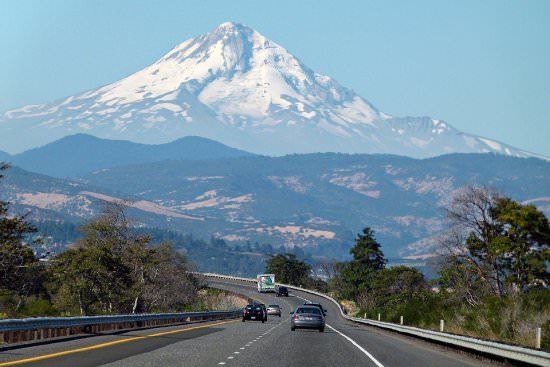 Wyoming has been ranked at the tenth spot.

Its capital and the biggest city is Cheyenne.

It is known for many things such as the Cowboys, Teton Mountains, Yellowstone National Park, and coal. 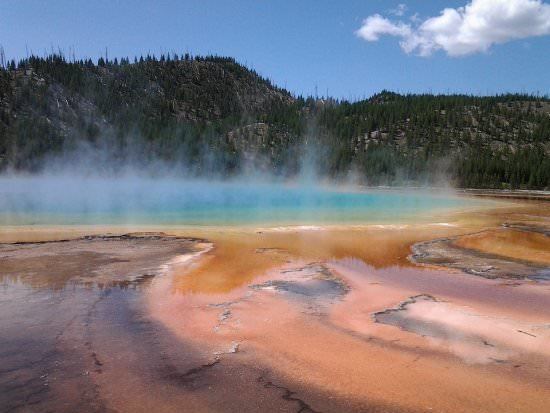 Now, we share the list of 10 most populous U.S. states that contain slightly more than half of the total population. These are the biggest state in the USA by population.

So, you want to know the largest state in the U.S. by population?

Now, get ready to witness the list where we show you the biggest state in the US by population.

Here’s the countdown for you:

Note: We have taken into account the census population as of April 1st, 2010.

Interesting Fact: According to World Economic Forum, California would account to be the sixth largest economy in the world. 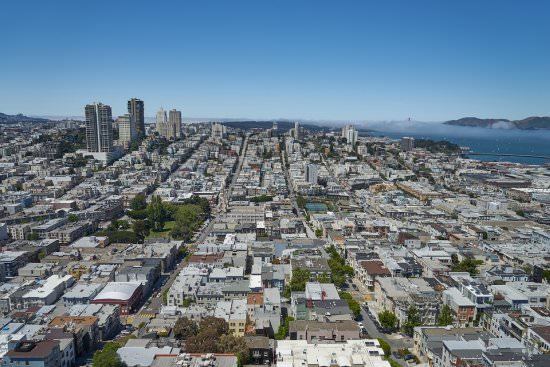 Interesting Fact: Texas accounts for five of the fastest growing cities in the U.S. 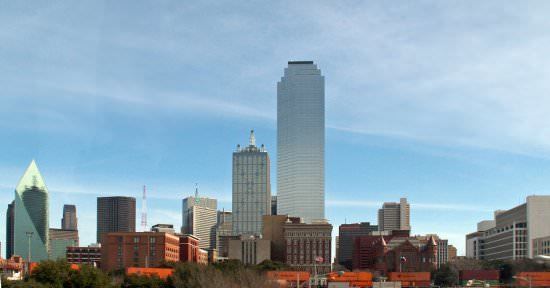 Interesting Fact: Florida is the southeastern most state in the U.S surrounded by the Atlantic and the Gulf of Mexico. It has warm, balmy winters making it the prime beach weather condition. 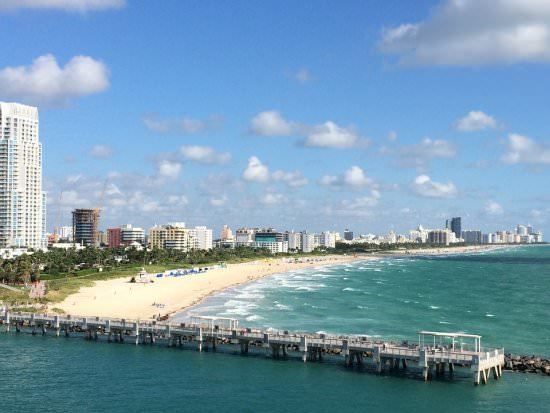 Interesting Fact: New York City alone accounts for almost half of the entire population of the State of New York. 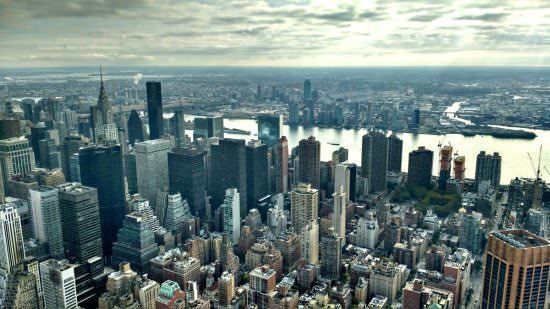 Interesting Fact: Illinois has been nicknamed as “The Prairie State.” It is one of seven states with a negative growth rate. 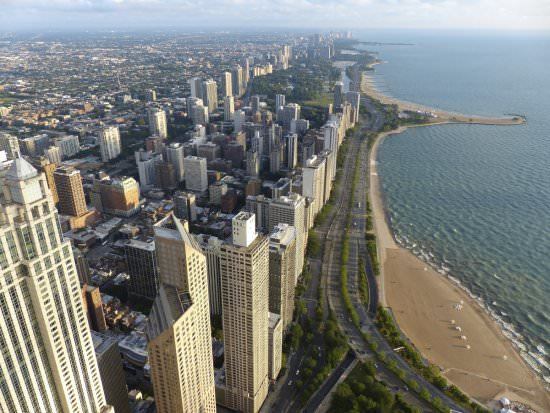 Interesting Fact: The State of Pennsylvania is home to multiple Fortune 500 companies. It was one of the thirteen original colonies in America. 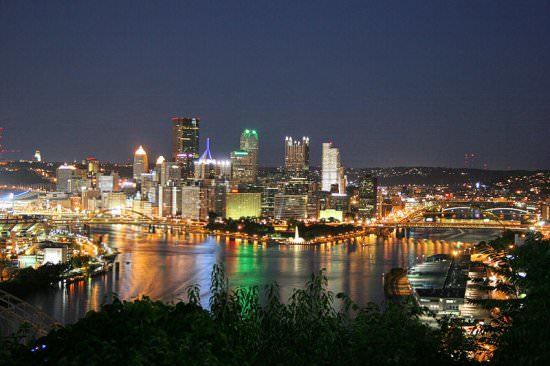 Interesting Fact: It has been referred as “the mother of Presidents,” as eight U.S. Presidents were originally from Ohio. It is home to expansive rural regions as well as several large cities. 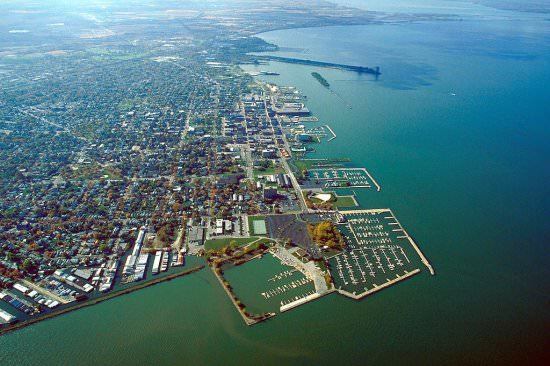 Interesting Fact: The state of Georgia boasts beautiful beaches, flat farmland, and rolling mountains. It is home to many big companies like the Delta Air Lines and Coco-Cola. It is also a major hub for the film industry as it offers generous tax credits to film productions. 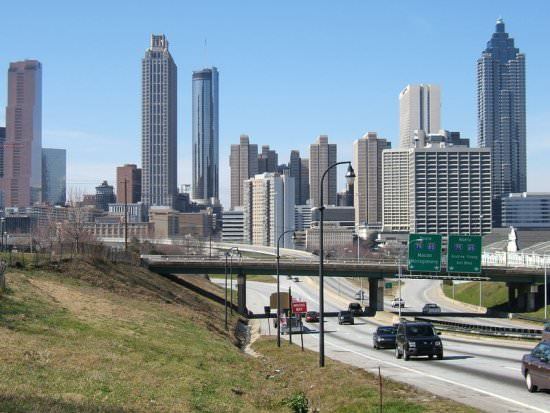 Interesting Fact: The state of North Carolina boasts of a wide-ranging landscape, a diverse population, and a booming population. In fact, the Wright Brothers made their first strides in aviation with their plane, “Kitty Hawk,” which was held in the Outer Banks of North Carolina. 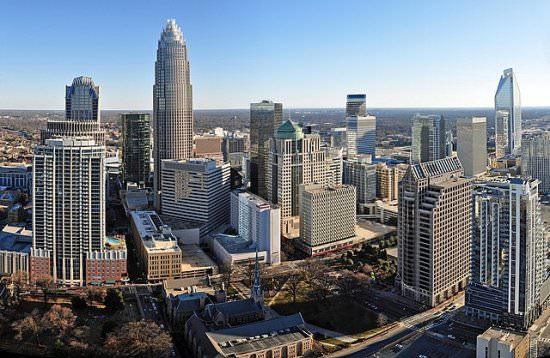 Interesting Fact: Michigan is regarded as one of the most popular destinations in the country for boating. It gives access to Great Lakes and thousands of smaller, inland lakes. It is also called as the U.S. automotive industry capital. 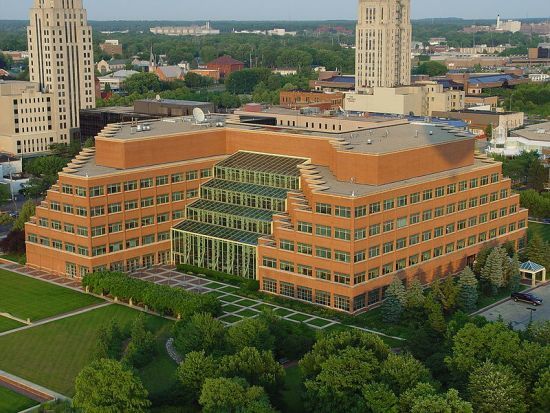 Now, you have a good idea of the biggest states in the U.S.A. area as well as know the most populous states in the U.S.A. We hope that you would have enjoyed the presentation. If you liked the post, share it with your friends and loved ones. We welcome your comments and suggestions.