Bees are flying insects that are much related to ants and wasps. The best-known bee species are Honey Bees (particularly the European Honey Bee). They produce honey and beeswax. Today, we share with you 20+ Amazing Honey Bee Facts.

Some Facts About Bees

They belong to the superfamily Apoidea and are considered a clade, called Anthophila.

Well, bees are found on every continent except Antarctica.

They are found in every habitat on the planet that has insect-pollinated flowering plants.

Some of the bee species including honeybees and bumblebees live socially in colonies.

Bees are adapted to feed on nectar and pollen, the former mainly as an energy source, while the latter mainly for protein and other nutrients. 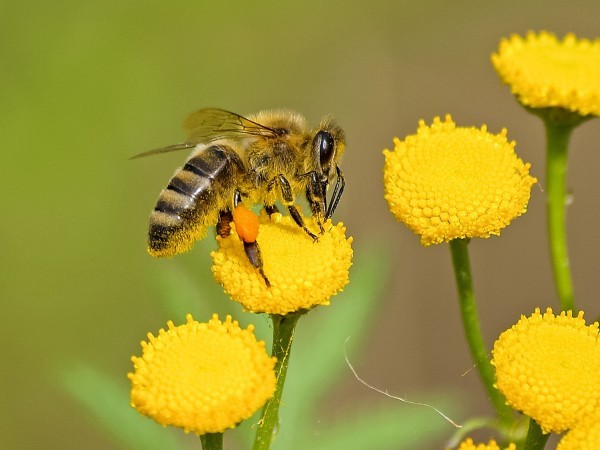 The pollen is primarily used as food for larvae.

Bees can be as tiny as 2mm in length (stingless bee species).

The females of largest bee species (Megachile Pluto – leafcutter bee) can attain a length of 39mm.

However, the most common bees in the Northern Hemisphere are the Halictidae or Sweat Bees.

The Honey Bees are known for honey and pollination.

Bees have been a popular feature in mythology and folklore.

Human beekeeping or apiculture is an age-old practice, prevalent since the times of Ancient Egypt and Ancient Greece.

Bees are quite easy to recognize.

They have branched or plume-like setae (hairs).

They are studded with combs on the forelimbs which are used to clean their antennae.

Bees have a pair of large compound eyes which cover most of their head.

Bees carry many sense organs to detect touch, smell, and taste. They have small hairlike mechanoreceptors to detect air movement for hearing sounds.

The mouthpart is adapted for both chewing and sucking. It carries a pair of mandibles and a long proboscis that is used for sucking up nectar.

The thorax is composed of three segments.

Each segment has a pair of robust legs and carries a pair of membranous wings on the hind two segments.

The front legs have combs for cleaning the antennae. Most bee species have pollen baskets in the hind legs.

The wings are synchronized in flight. The hind wings are somewhat smaller than the forewings. They are connected by a row of hooks along their margin.

The abdomen has nine segments. The hindermost three are modified into the sting.

The life cycle of bee involves the following stages:

Generally, the egg is oblong, slightly curved and also tapering at one end.

The larvae are mostly whitish grubs, and roughly oval.

They are bluntly pointed at both ends.

The larva has fifteen segments. It has spiracles in each segment for breathing. They have no legs but move with the help of tubercles on their sides.

They have short horns on their head. They have jaws for chewing food and an appendage on either side of the mouth that is tipped with a bristle.

They have a gland under the mouth that produces a viscous liquid which is used in producing the cocoons. The pupa develops inside the semi-transparent cocoon.

In a few days, the insect undergoes metamorphosis and is transformed into an adult bee. Finally, the winged adult breaks out of the cell.

What are The Benefits of Bees?

Bees are not just about honey, pollen, and royal jelly.

In fact, there are hundreds of vegetables, fruits, and oilseeds that depend on bees for pollination.

Plus, the livestock is also dependent upon bee-pollinated forage plants, like clover.

Moreover, no human activity whatsoever could ever replace the work of bees.

Moreover, bees go on to pollinate nearly one-sixth of the world’s flowering plant species as well as several hundreds of agricultural plants. 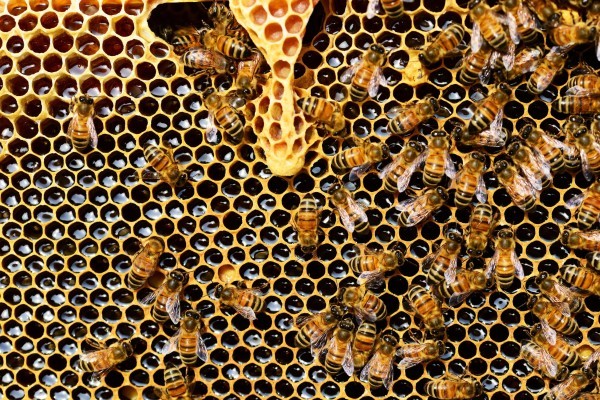 Queen Bee is undoubtedly the most popular bee in the box. 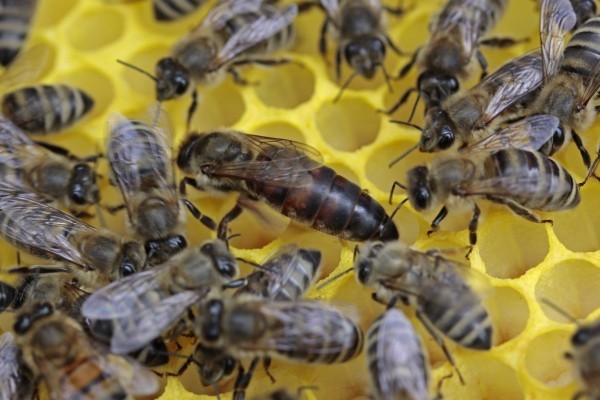 Here, we have featured some interesting facts about Queen Bees.

It’s an alarming fact about bees.

Bees are on the decline.

Losses jumped to as much as 30 percent.

It was way above the normal 5 to 10 percent bee deaths in their hives.

It is estimated that about ten million beehives have been lost since then.

The “Colony collapse disorder” that made headlines in 2006-07 winters sounded the alarm that bees are disappearing.

It was dramatic, unprecedented, and mysterious.

In colony collapse disorder, the swarm vanishes without a trace. No dead bodies at all. There’s just a lonely queen, her larvae, and few nurse bees.

And the most frightening thing, the disorder still occurs.

However, it is happening less.

Moreover, it’s not just the colony collapse disorder that is responsible for destroying beehives.

In fact, queen bees are not living as long.

They are running out of sperm supplies too early, and the worker bees kill her.

It means the queen has less time to fertilize eggs. Thus, there are few worker bees to tend to the new bunch of larvae.

Moreover, the high queen turnover puts great stress on the hive. There can even be a situation where there is no new queen to replace her.

You may also like: How Long Do Birds Live?

Workers bees can lay eggs, but the eggs remain unfertilized. It means that only male bees can develop. Once the male bees die, the hive is finished.

Plus, other factors are causing bee deaths.

They have been attacked by parasites and pathogens.

Varroa mites (tiny parasites) were found in hives that were affected by colony collapse disorder.

Bees are suffering from poor nutrition.

They are not getting a mix of plants that are nutritious to eat.

For example, honeybees in the United States have to be in constant competition with native pollinators (bumblebees) for the best flowers.

Then, the effect of the pesticide is another major cause of bee die-offs.

At the end of this post, we must say that the world needs bees (including honeybees). They are responsible for about one-third of the food we eat.

Moreover, without honeybees, harvesting of fruits, vegetables, and nuts would fail.

So, we cannot imagine a world without bees.