So, you are eager to know the most spoken languages in the world.

There are over 6000 languages in the world. However, the top 10 Most Spoken Languages are practiced by almost 2.7 billion people on earth.

It’s close to 40% of the world human population.

Herein, we show you the list of 10 Most Spoken Languages in the World.

We have compiled this list using the data from Ethnologue, a database of languages.

It is so because determining the list of most spoken languages in the world itself is a very complex task.

It is done by taking data from censuses and surveys conducted across countries of the world.

However, taking into consideration various standards, we can say with confidence that languages such as Mandarin, Spanish, English, and Arabic do make their appearance in the list of most widely spoken languages of the world.

However, there are also few surprises that await you as you go through this list of most spoken languages in the world.

For example, Bengali makes it into this list of 10 most commonly spoken languages.

Well, you would not have guessed it, but it’s true.

Likewise, Japanese also makes its appearance on this list as one of the most spoken languages in the world.

There’s one more point that we feel that you ought to know as you go through this list of most spoken languages.

It’s a much-debated issue to know what constitutes a language, dialect, or a sub-dialect.

You might be surprised that two speakers from these regions can barely communicate with each other.

Now, there are some more surprises for you.

For instance, Chinese is a whole family of languages that is conveniently put into a single category.

Lastly, there is also an element of unreliability in data sources that have been collected at different times by various institutions. For example, the US government states an approximate accuracy of 90% in the census.

That said, we have compiled this list from the most reliable and accurate sources such as the Ethnologue, the most respected encyclopedia of the world’s living languages.

You may also like: Most Difficult Languages in the World

So, you can rely on that these are the top 10 Most Spoken Languages in the World.

Now, we head over and present the list to you.

Mandarin is the widely spoken variety of Chinese. It has 848 million speakers which are about 70% of China’s entire population.

This figure is always increasing.

Each year, about 40 million people are studying that language. The Chinese government has designated the Mandarin as the lingua franca of the entire nation.

She was the first Chinese communities in the North. It is not derived from the classical literary language, which was abandoned in 1919, but a spoken vernacular.

The superiority of Mandarin is that it alone is commonly written, published and taught throughout China.

Today, more than ever the giant that is China unveils itself and opens to the world; a multitude of unexplored markets make Mandarin a language of utmost importance for the world of tomorrow. 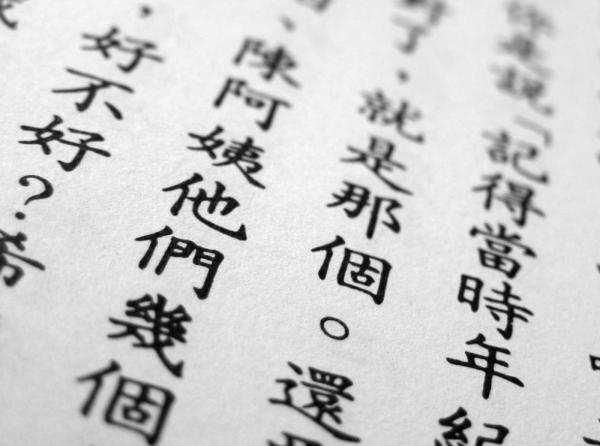 Spanish with about 400 million speakers stands out as the second most widely spoken language in the world.

Taking into account only the native speakers, Spanish outruns English easily with close to 400 million speakers.

It’s a language that can open up whole continents to you.

Spanish is a primary language for most parts of South and Central America (Argentina, Venezuela, and Colombia), Spain, as well as large swathes of the US.

From Spain, conquistadors export their language in the fifteenth and sixteenth century in Latin America.

Countries that use that language are all the countries of Latin America except Brazil. Approximately 405 million people are estimated to speak fluent Spanish.

20 countries have adopted Spanish as their official language.

The Spanish Language is also called the Castilian Language.

It originated in the Castile region of Spain.

It evolved from the several dialects of Vulgar Latin in Iberia during the 5th century after the collapse of the Western Roman Empire.

Almost 75% of modern Spanish Vocabulary is derived from Latin. Not only this, 8% of its vocabulary is Arabic in origin.

It has also absorbed vocabulary from other languages such as French, Italian, Sardinian, and Occitan, as well as other indigenous languages of the Americas. 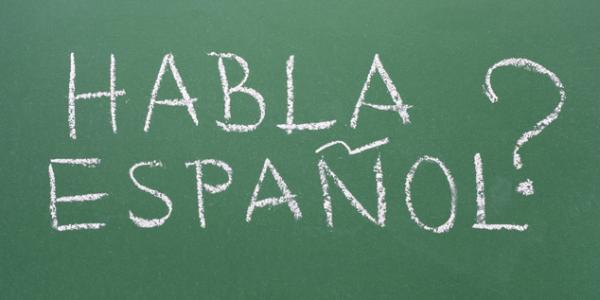 English is also the official language or exchange language in many countries of the former British Empire, even in the absence of significant original Anglo-Saxon population (Kenya, Nigeria, Liberia, Hong Kong, India, Pakistan, etc.).

Regarded by many as the current international language, it is the most commonly taught language as a foreign language worldwide.

It is also the most commonly used language on the Internet. It is one of the six official languages and two working languages – with the French – of the United Nations.

Today there is estimated that 365 million people speak English in the worldwide.

English is regarded as the lingua franca of international relations, business, and travels.

One of the important aspects of English is the fact that it can be picked up easily.

It is one of the world’s most widespread languages.

If we include people who use English as a second language or lingua franca, the number of English speakers would easily cross over one billion.

It has made inroads into the US culture with millions of English speakers (as much as 225 million in the United States.)

English can be easily counted as synonymous with more opportunity and a better quality of life.

Hindi is the most spoken language in India. More than 300 million people would use in the world. Hindi is mainly spoken in Northern India and parts of Pakistan.

In fact, Hindi is the fourth-most spoken language in the world, after Mandarin, Spanish, and English.

It is the direct descendant of Sanskrit through Prakrit and Apabhramsha.

Plus, Hindi has been influenced and enriched by other languages such as the Dravidian, Turkish, Arabic, Portuguese, and English.

Modern Hindi, as well as its literary tradition, evolved towards the end of the 18th century.

Hindi is the official language of the government of India.

Hindi is a very expressive language.

It can express emotions using simple and gentle words.

Hindi is also widely used for exact and rational reasoning. 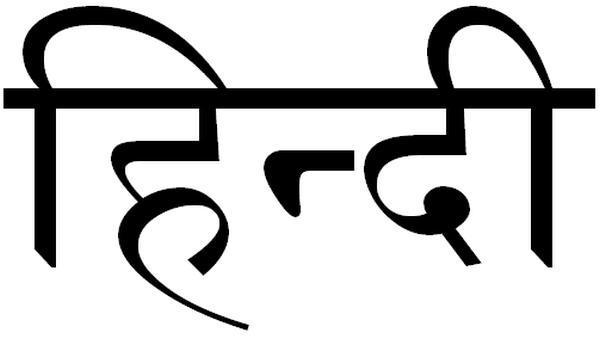 Arabic is a Semitic language spoken today as a first or second language by over 280 million people in the Arab world and the Arab Diaspora.

The Arabic language is native to the Arabian Peninsula, where she became the seventh century the language of the Koran and the liturgical language of Islam.

For Arabic, there are around 250 million native speakers.

The territorial colonization of the Arab Empire in the Middle Ages and that of Islam have widespread use in the Mid East, North Africa and Europe (Iberian peninsula, Sicily, Crete, Cyprus, where territories she disappeared, and Malta where the Maltese are a special extension).

However, it has to be understood that Arabic is so vastly different in its dialects that is has been grouped as one for the sake of convenience.

So, Arabic is technically another macro language like Chinese.

It is spread to 60 different countries worldwide with a range of different forms and varieties.

Arabic is the lingua franca of the Arab world.

However, it has adopted certain new constructions and vocabulary from the spoken varieties.

Arabic is widely used in schools and universities and is also being used to a good degree in workplaces, government, and the media. 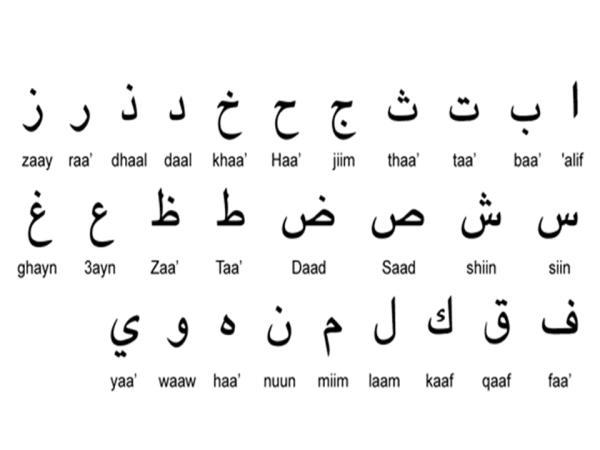 Belonging to the family of Romance languages, Portuguese is the language that is most spoken in the Southern Hemisphere (but only second in Latin America after Spanish).

In Africa, Portuguese is an important lingua franca in the former Portuguese colonies. It represents a total of 215 million speakers worldwide.

Portuguese has a widespread reach that sprang up from its colonial past. The credit goes to Portuguese traders and conquerors (15th Century) who spread this language to far off lands such as Africa, Americas, and Asia.

Now, Portuguese has as much as 215 million native speakers in various countries such as Brazil, Mozambique, Angola, Macau, Cape Verde, etc.

Based on the number of native speakers, Portuguese is regarded as the sixth most natively spoken language in the world.

It is a major language of the Southern Hemisphere. 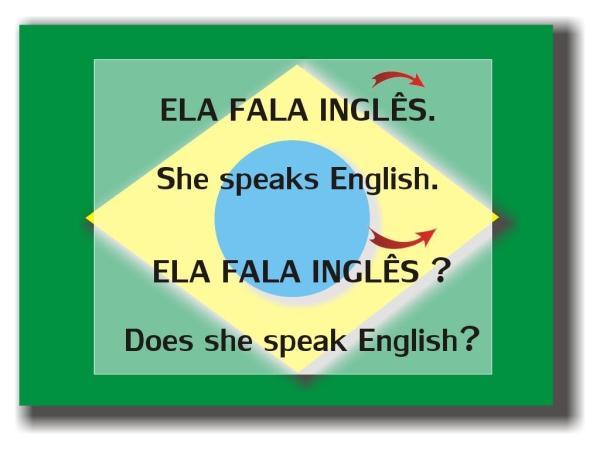 It is the mother tongue of about 200 million speakers. 205 million people speak it in the worldwide.

In fact, it’s a surprise for lots of people to find Bengali in this list of most spoken languages in the world.

Moreover, Bengali is the second most widely spoken language of India after Hindi. Bengali happens to be the first language of 106 million people of Bangladesh.

Bengali is even spoken in the Indian states of Bihar, Meghalaya, Mizoram, Jharkhand, and Odisha.

Bengali is spoken by over 300 million speakers worldwide.

It is the seventh most spoken native language in the world. 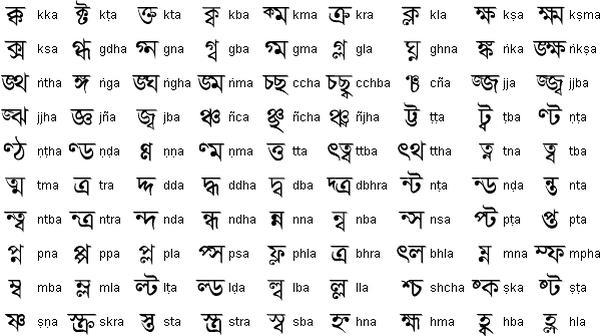 The language of communication within the Commonwealth of Independent States (CIS), dominant in some regions of Ukraine, including the South and East and the Ukrainian capital Kiev).

It is also one of the official languages of the UN. About 160 million people speak Russian, especially in Russia.

The Russian language is mainly famous for inscrutable grammar and lovely Cyrillic script. It is one of the six languages that are spoken in the US. It has produced the literary likes of Tolstoy, Chekhov, Gogol, Nabokov, and Pushkin. 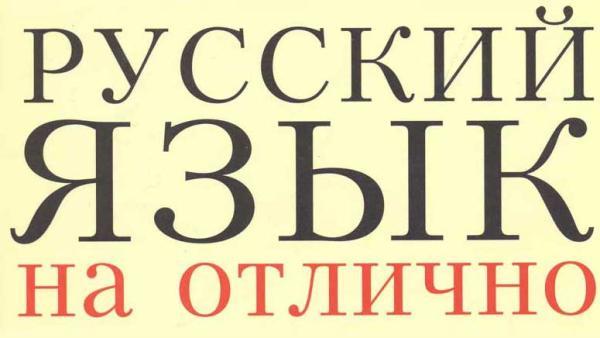 It is the national language of Japan.

Japanese is the ninth most widely spoken language in the world.

It is the most geographically concentrated language in this list of most commonly spoken languages.

Japanese is written in two distinct writing systems – hiragana and katakana. It also makes extensive use of Chinese Kanji Characters. A large portion of Japanese vocabulary is borrowed from Chinese. However, Japanese has no genetic relationship with Chinese.

Japanese has simple phonetics. It has a pure vowel system. It has a lexically significant pitch-accent. 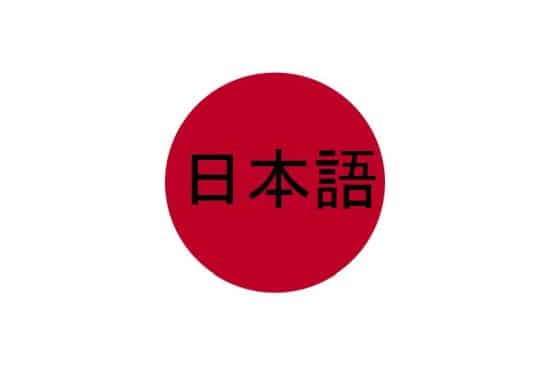 French is from the family of Romance languages. It originated in France and today is spoken on every continent by about 74 million people.

After being at the time of the Old French Regime, the language of royal and princely courts of Russian Tsars to the kings of Spain and England through the princes of Germany, it remains an important language international diplomacy to English sides, German and Spanish.

These are the 10 Most Spoken Languages in the World.

Which language do you speak?

Please share it with your friends and loved ones.

We welcome your comments and suggestions.