There are as much as 196 countries in the world today, and there are 196 flags for each and every one of them. Today, we share with you 15 Most Beautiful Flags in the World.

In fact, a flag is regarded as a unique identifier of a country.

It denotes freedom, pride, and respect.

The colors and symbols on each flag hold immense meaning. They have a history of their own and are representations of the ideals of a country.

A flag is not only used to represent a country but also its history and its future.

Some countries of the world have very beautiful flags while the flags of other countries look very odd.

That said a flag is very important to a country.

It’s a symbol of national pride.

They are much more than merely a means of identification.

A flag represents all that its people appreciated and fought for.

They go on to unite people behind the symbol of a general identity. They are seen as a symbol of the place we live in.

Flags are being used to signify nations at international sports gathering such as Olympics, global discussions, and at other international events.

Here, you will get to see 15 most Beautiful Flags in the World.

Let’s have a look at these most beautiful flags in the world.

15 Beautiful Flags in the World

The Mexican flag is regarded as one of the most beautiful flags in the world. It is an erect tricolor combination of red, white and green and has the national coat of arms that is charged in the center of the white stripe.

In the middle of the white color, you see an eagle holding a snake. It represents the national court of law. There is the talon that is perched on top of a prickly pear cactus that grows out of rocks in the midst of a lake. There’s also a wreath of oak and laurel tied with a ribbon below the eagle.

The width to length ratio of the flag is 4:7. The “white” color in the flag represents tranquility and honesty, “green” signifies love, hope, and joy, while the “red” color stands for bravery, strength, valor, courage, and hardiness. 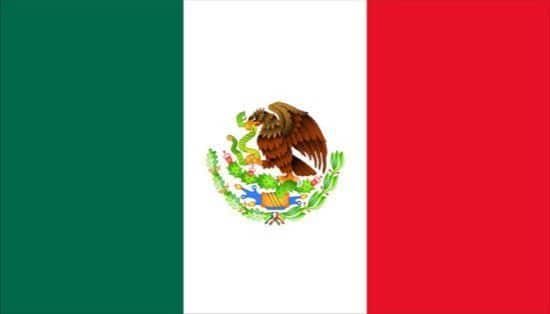 The Australian flag is regarded as one of the most beautiful flags around the world. The flag was first flown in the year 1901 and has since then become the symbol of Australian pride and character. The Australian flag is characterized by three elements on a blue back. There’s the Union Jack in the upper left corner of the flag that symbolizes Australia’s historical relations with the United Kingdom.

Below the Union Jack, there’s a white Commonwealth Star. It has seven points that signify the unity of the six states and the regions of the Commonwealth of Australia. It was included in the Australian flag in 1908 and represents the only change to the flag since 1901. There’s also the gathering of five stars that are the token of Australia’s geography. 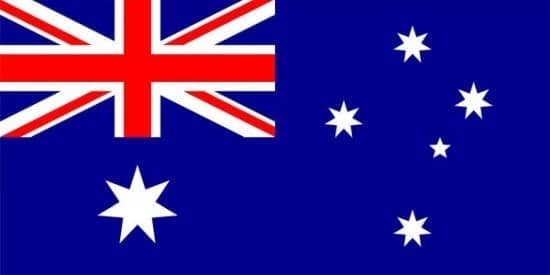 The Indian national flag features in this list of most beautiful flags around the world. It was planned as a symbol of liberty. The flag of India is known as the “Tiranga” meaning tricolor. The Indian national flag is characterized by three horizontal bars of saffron, white, and green with a blue wheel in the middle of the flag. It was accepted on 24th July 1947 as India got independence from the British rule.

The flag has been made out of “Khadi” the nationally spun Indian cotton which is regarded as the symbol of patriotism and freedom.

The circular wheel in the middle of the flag is the Ashoka Chakra. It is regarded as the wheel of “Dharma,” the eternal law that upholds the universe. It also signifies motion as India endeavors for growth and success in this rapidly modernizing world. 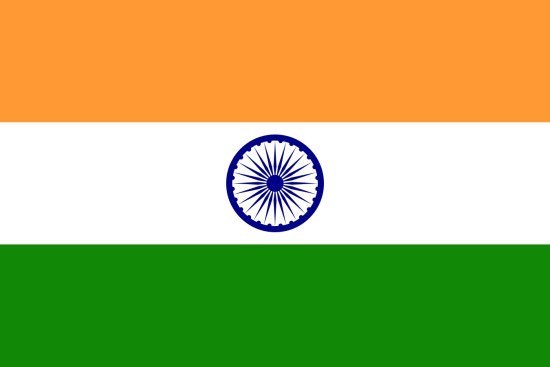 The Portugal flag is made up of two main colors – the red and the green. The red color takes a bigger hand in this. These colors depict a different historical event in Portugal.

In the middle, the flag depicts a ribbon that has five blue shields that go on to represent the five Morisco kings that were beaten in the Ourique war. The white color signifies the shield of Don Alfonso. The flag carries white dots that represent five cuts of Christ.

The yellow sphere indicates the Portuguese navigators that were exposed in the fifteenth and sixteenth centuries. It also represents the people with whom they exchanged ideas and with whom they traded.

The red color of the flag symbolizes the bravery and the blood of the Portuguese fallen in warfare, while the green color stands for hope, and good fortune. 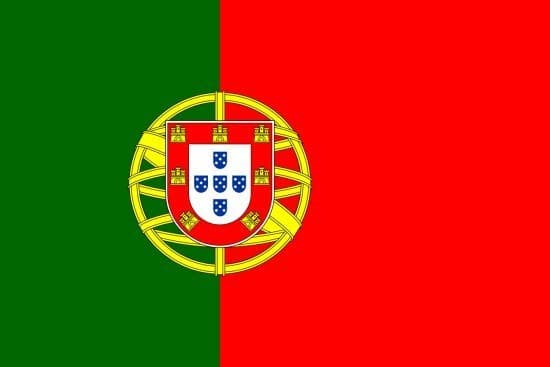 The Brazilian flag is one of the most beautiful flags in the world. It was formally accepted on 19th November 1889, just four days after the Republic was announced. The flag was designed by the famous painter named Decio Vilares.

The green color in the flag depicts the Brazilian fields. The yellow losang goes on to symbolize the wealth of the country particularly the Brazilian gold. The blue is indicative of the sky of Rio de Janeiro on the night of 15th November 1889. The stars on the flag denote the States of Brazil.

There’s the white stripe that goes across the blue and carries the writing “Ordem e Progresso” which means “Order and Progress.” The slogan has been accredited to the famous French positivist philosopher named Augusto Comte, who had followers in Brazil. 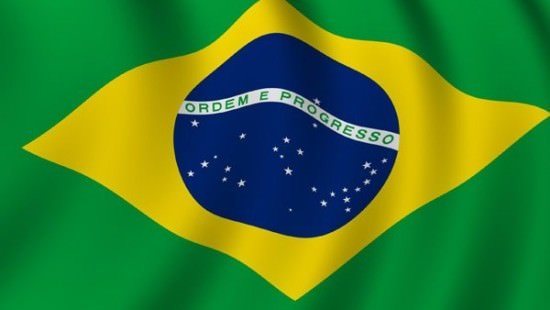 The Kiribati flag is made up of red color in the upper half and has a gold frigate bird that flies over a gold rising sun. The lower half is blue in color and has three horizontal wavy white stripes.

The sun’s rays and the lines of the water depict the number of islands that belong to the country. The gold frigate bird goes on to symbolize the freedom. 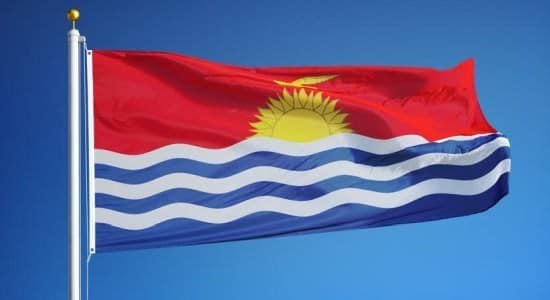 The flag of Qatar is simple yet beautiful. It seems edgy with the zigzag design of the burgundy red and white. The red depicts the blood that the Qatar people have shed through the centuries. The white color in the Qatar flag symbolizes the peace.

The flag of China is red in color and has five stars. The red color represents the communist revolution that occurred in the country. The five stars depict the unity of the Chinese people under the rule of the Communist Party of China. 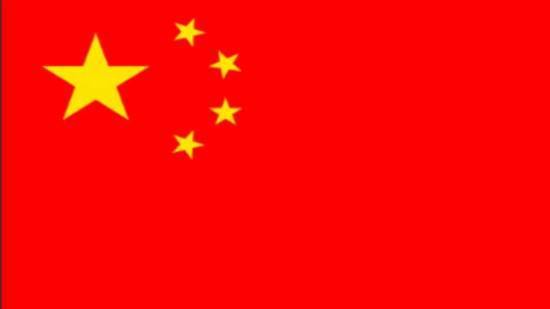 The Greece national flag has nine equal horizontal stripes of blue that alternates with white. These nine stripes are said to represent the nine syllables in the Greek phrase of “Freedom or Death.”

On the top left corner, there’s the white cross that signifies the Eastern Orthodox Christianity, which is recognized as the established religion of the country. 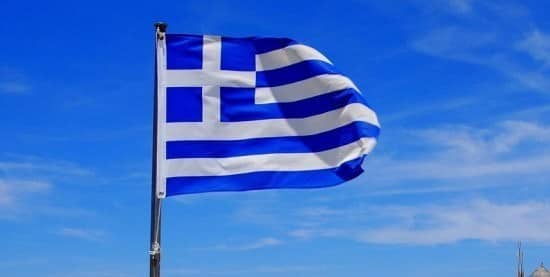 The Malaysian national flag is known as Jalur Gemilang. The national flag of Malaysia shows support towards the East India Company flag.

The flag has been studded with 14 equal alternating red and white stripes that denote the equal status of its 13 member states as well as the government. The yellow crescent denotes the official religion of the country as Islam. 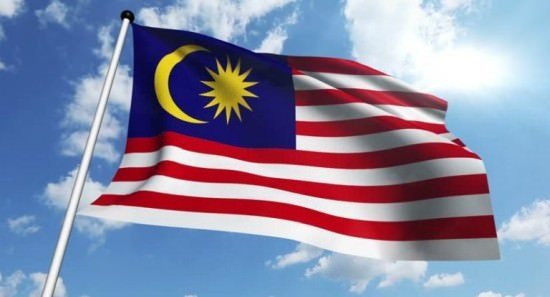 Spain is one of the leading countries of Europe. It has a beautiful flag. The flag of Spain has two main colors – the red and the yellow. The red stripes on the flag go on to cover the top and the bottom part of the flag.

However, the yellow stripe is the largest among the three stripes.

The yellow stripe has two pillars set in white and gold on the top and bottom part of those pillars. These pillars are said to represent the Pillars of Hercules. In between the pillars, there’s the crowned shield.

The crown was placed on the flag that denotes the ruling of the kingdom. Spain is being ruled by the control of the King and the Queen. This has been running for hundreds of years. 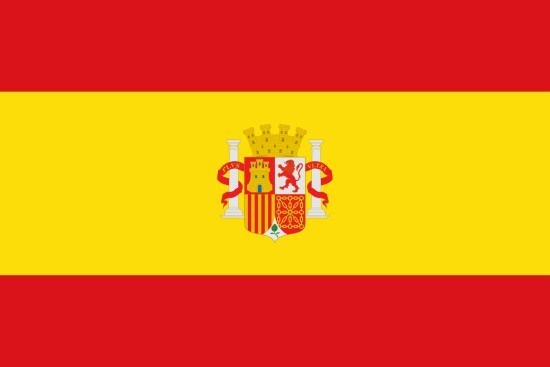 The Canadian flag is one of the most beautiful flags in the world. The flag has been set in the colors of red and white. The white color in the Canadian flag symbolizes tranquility and sincerity, while the Red means courage, valor, force, and power of endurance.

These official Canadian colors were announced by King George V in 1921. The length of the flag is twice as long as its breadth. The white square encloses the red maple leaf. 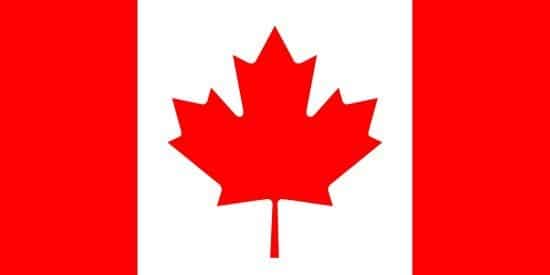 13. The United States of America

The American flag is yet another very beautiful flag of the world. The flag has three main colors – the red, the white, and the blue.

The “white” in the flag is indicative of purity and innocence. The “red” indicates valor and bravery. The “blue” denotes vigilance, justice, and perseverance.

The flag has thirteen equal parallel stripes of red and white. These thirteen stripes denote the original thirteen colonies that stated their independence from Great Britain.

In the top left corner, the flag has a blue square with fifty stars that represent the fifty states. The stars are recognized as the sign of the heavens, and the stripe represents the rays of light from the sun. 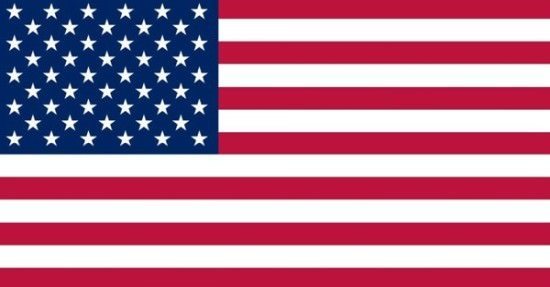 The flag of United Kingdom is, in fact, a mixture of three flags representing England, Scotland, and Northern Ireland.

The English flag is denoted by the Red Cross on a white background.

The Scottish Flag is represented by the white saltire or slanting cross on a blue background.

The Northern Irish flag is depicted by the red saltire on a white background.

The European Union flag is simple yet gracious and beautiful. It has a dark blue base that goes on to symbolize the blue sky of the Western world. There are yellow stars in a circle that represent the people united.

There are exactly twelve stars as there were only 12 countries in the European Union. It is even said that twelve is used as the divine number since there are twelve months, twelve horoscope signs, etc. 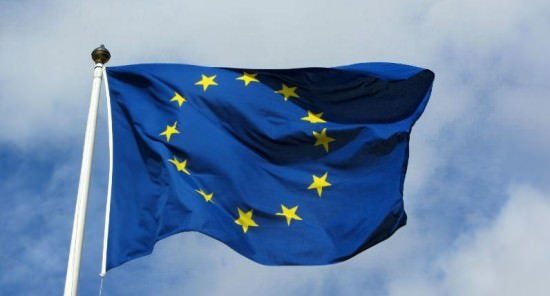 With this, we come to the end of this presentation on 15 Most Beautiful Flags in the World. We hope that you enjoyed this post. Please go on to share the post with your friends and loved ones. We welcome your comments and suggestions.