The African continent is home to many wonders of the world.

Be it their rich cultural diversity, different languages, wildlife, vast stretches of mountains and deserts, sea beaches, breathtaking rivers, its technological marvels, the modern lifestyle or its lovable people.

Africa truly comes out as a land of wonders.

Today, in this article, we share with you one of its amazing aspects – The Richest African Musicians.

Music from the time immemorial has ruled the hearts of millions of people around the world.

The African Music is no different.

In fact, African Musicians are known all over the world and are immensely popular all across the globe. They are ruling the hearts of music lovers worldwide. Their tunes not only ring in your mind but also liven up your soul. 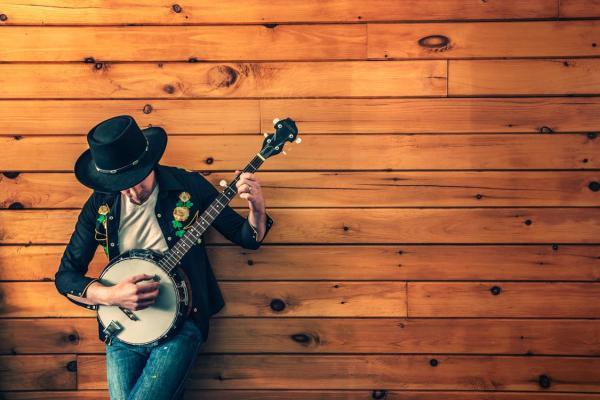 The African Artists are performing in many big concerts, in front of thousands of people. They are engaged in composing tunes which become an instant hit with the masses.

Their albums have become chartbusters and have made them earn a lot of love, respect and of course a lot of money.

Here, we go on to showcase a list of 10 Top Richest African Musicians in the World. These African Artists have not only amassed great wealth but also rule the hearts of music lovers worldwide.

Their dedication, persistence, devotion and unmatched talent have made them famous all across the globe. In fact, they are immensely talented musicians who have made great riches.

So, let’s witness these successful, immensely talented and Richest African Musicians in the World. It’s surely going to be a great treat for all the music lovers out there.

Youssou N’dour is not only one of the richest African Musician in the world; he is also one of the most famous singers rocking the world with his spellbound singing talent. The Rolling Stone Magazine has dubbed him as the most desirable musician of all times.

Aged 55, Youssou N’dour is undoubtedly the most thrilling and fascinating African Artist. Apart from mesmerizing the world with his singing performances, Youssou N’dour also champions in social causes.

As the UNICEF Ambassador, he has campaigned much for ending the humanitarian crisis in Africa. The Grammy Award Winner is also a successful businessman. He owns a nightclub, a television station and also a record label. 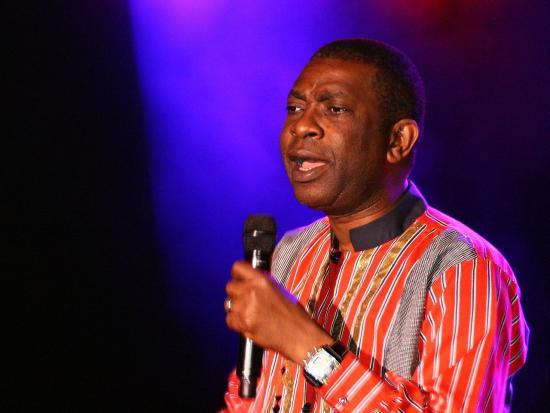 Sarkodie is a world famous musician from Ghana. He is an immensely popular hip-hop artist who raps in Twi which is his native language. He has developed his own rapping style which is known as “hip life.” It is a kind of Ghanaian hip-hop which has elements of hip-hop, high life, reggae and dance hall.

Sarkodie is credited with many awards and honors such as Ghana Music Award, the BET Award (Best International Act Africa). He has performed along with many popular American musicians such as T-Pain, Trey Songz, and Ludacris.

He also has a clothing line named as Sark by Yas. Sarkodie is immensely talented and has amassed great wealth to become one of the richest African Musicians in the World. 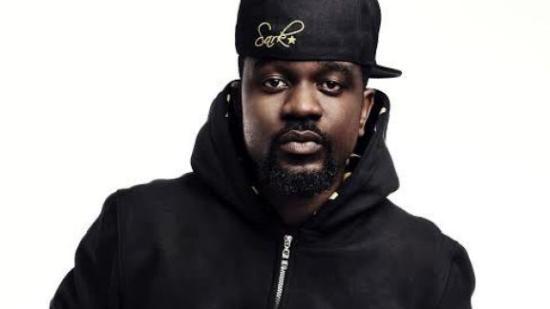 Salif Keita is one of the leading African pop singers. In fact, he is regarded as one of the founders of African pop. Salif Keita belongs to the kingly Malian family. He is an offspring of Sundiata Keita, the founding father of the Mali Empire.

Initially, he had to overcome much criticism for becoming a musician as it was considered as an occupation not suitable for someone belonging to the kingly Malian family. Salif Keita started his career with the Malian Musical Group known as ‘Les Ambassadeurs.’

He then turned to solo performances and attained a height of mind blowing success. Aged 65, Salif Keita is still ruling the hearts of millions of music lovers all across the globe. 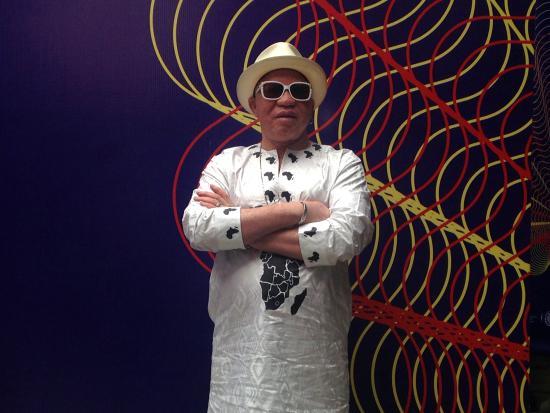 Hugh Masekela is a South African music maestro. He holds expertise in playing various instruments such as cornet, trumpet, and flugelhorn. He also loves to compose and sings his compositions.

Hugh Masekela has been honored with numerous awards including the African Legend Awards, Order of Ikhamanga by President Zuma and has also received the gRammy nomination. He has given many successful and thumping stage performances and has been part of many prestigious music festivals all across the globe.

He has established a professional studio in Botswana. He has received loads of accolades for his collaboration with Paul Simon and Ladysmith Black Mambazo for a Graceland album and acapella-style singing.

Khaled Hadj Ibrahim is a world famous Algerian songwriter and singer. Popularly known as ‘Khaled,’ he is the most famous ‘Rai’ singer in the world. ‘Rai’ is typically a folk music and has deep Arabic, French, Spanish, and African musical influences.

Some of his top selling numbers include ‘Didi’ and ‘Aicha’ which have topped the charts world over. With over 20 million albums sold worldwide, Khaled has successfully maintained his position as one of Africa’s bestselling artist of all times. 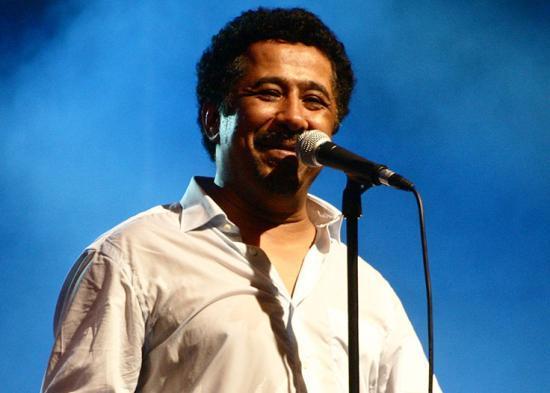 Popularly known as Koko Master, D’banj is a native of Nigeria who has become a world-renowned singer and composer. Born in the year 1980, D’banj is ruling the music world since 2007. He is the first African to sign a music album with Kanye West’s music label GOOD.

He is credited with many awards and honors. D’banj has also campaigned for former President Goodluck Jonathan. He holds a huge mansion worth over $1.5 million in Atlanta and charges nearly $100000 for a single show. He has multiple other investments including Koko water, Koko lounges, and a big night club in Nigeria as well as runs a reality show, “Koko Mansion.” 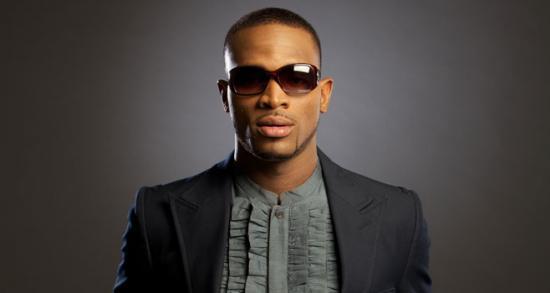 Yvonne Chaka Chaka first made her appearance on the stage at the age of 18 and soon rose to the height of fame during the Apartheid in South Africa. She is regarded as one of the most acclaimed and popular musicians of Africa. She specializes in pop melodies. Her very girlish attractions and angelic voice easily ignite the feelings of every music lover.

Her songs such as ‘I cry for freedom’ and ‘I am in love with a DJ’ were huge hits with the masses. Apart from being a prominent musician, Yvonne Chaka Chaka has been the United Nations Goodwill Ambassador and the UN Envoy to Africa. Nowadays, she devotes much of her time to philanthropy. 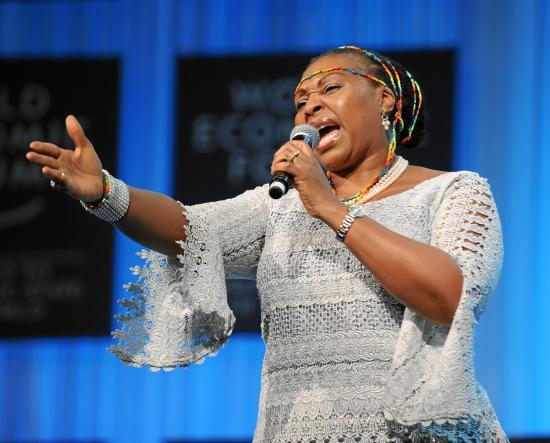 Although Koffi Olomidé holds a first degree in Business Economics and a Masters Degree in Mathematics from the University of Paris, his real success and fortune stemmed from singing. Apart from singing, Koffi Olomidé is also a composer, dancer, and a producer. He specializes in a very specific type of African music known as “Soukous.”

Most of the time, his lyrics are centered on controversial subjects which have given him praise as well as criticism. Koffi Olomidé charges a hefty amount of $100000 for a single show. Some of his famous work includes Rive Gauche, Koweit, and Haut De Gamme. Up till now, he has released more than 30 albums which have sold millions of copies all over the world. 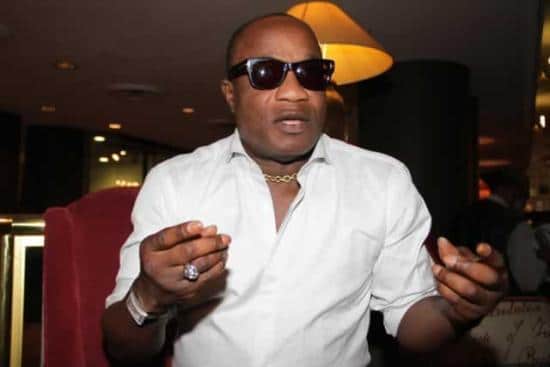 Born on 23rd October 1986, Panshak Henry Zamani a.k.a. Ice Prince is a world famous Nigerian hip hop recording artist. He is also a renowned rapper, singer, songwriter, and actor. Ice Prince tryst with fame came with the release of ‘Oleku’ which was Nigeria’s most remixed songs of all time.

He has won many awards and honors including one BET Award, one Ghana Music Award, two Nigeria Entertainment Awards, three The Headies Awards, and two Channel O Music Awards. ‘Everybody Loves Ice Prince’ was his debut studio album which was released in 2011. Ice Prince net worth is 5 million Dollars. He is presently the Vice Chairman of Chocolate City. 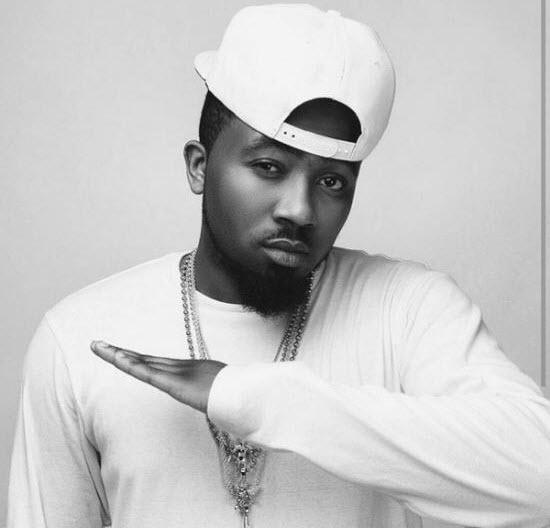 Fally Ipupa is one of the most famous Congolese singer and songwriter in the world. Fally Ipupa started his career being part of the band of Koffi Olomidé known as Quartier Latin International which lasted from 1999 to 2006. He then took to solo performances and released his first album ‘Droit Chemin’ in 2006.

The album gave him huge fame and recognition as it was an instant hit with the masses making huge sales of over 100,000 units worldwide. Fally Ipupa has received many awards for his outstanding achievement in the African Music Industry. He has also played a major role in modernizing the Lingala Music. He makes enormous money by performing at shows and endorsing brands. 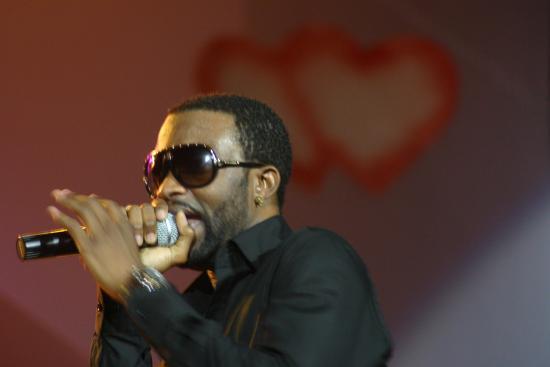 We hope that you would have enjoyed this presentation of 10 Top Richest African Musicians in the World. Do share your comments with us. 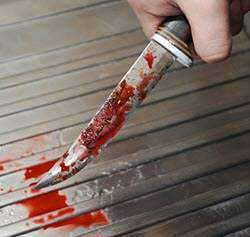 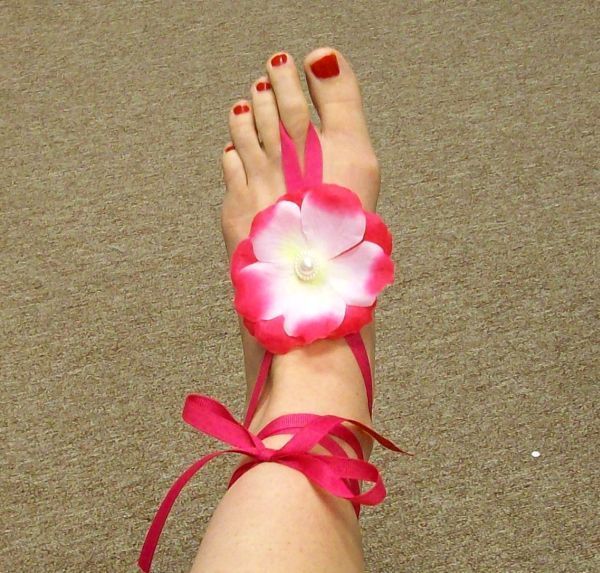